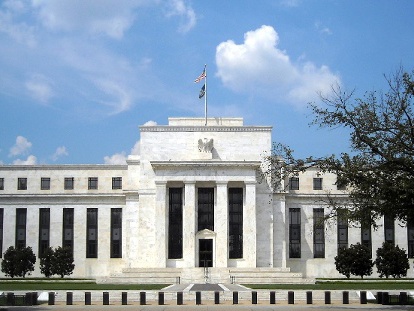 The Federal Reserve announced today that it would not be hiking interest rates, offering no word on whether it would raise them in the future. Prior to recent turmoil in world markets, there was talk about raising interest rates—but those hopes were quickly dismissed.

While disappointing growth stalled any interest rate hikes, the Fed also noted that labor conditions are improving and they expect the low inflation level to change. In response to the news, the Dow Jones Industrial Average slipped 1.4% to 15944.46.

The decision comes after a tumultuous few months following China’s economic slowdown and a persistent drop in oil prices.

China’s crude oil imports rose 8.8 percent in 2015, according to MarketWatch, signaling the country is making the most of the extreme dip in prices, which are around 80 percent lower than they were in 2008. China’s decision to invest in oil is good news for developing countries who rely on exports, but it might not be enough to save their struggling economies. And next year, China’s oil analytics group predicted oil import growth will slow to just 4.6 percent.

In fact, China’s whole economy is in for a slow-down. It’s been forecast that growth will dip further this year to 6.8 percent from 2015’s 6.9 percent, while the global economy is set to slow even more. The IMF’s annual outlook (published last week) listed China’s shift to consumer-driven growth as a factor in the poor outlook for the global economy.

What does that mean? As China’s manufacturing sector shrinks—allowing its tech and consumer goods sector to begin faster growth—countries that relied on China to purchase raw materials are seeing prices dragged down and supplies stockpiled. Older industries like manufacturing are in decline, but software and technology industries are strengthening as consumers begin to take control of the economy.

However, that shift is still in the early stages, and China’s economy is wavering. A cut to manufacturing means hundreds of thousands of jobs lost, which will have an impact on consumer spending. As the global economy as a whole slows its growth, demand worldwide is slipping. Apple announced recently that it might cut down on manufacturing orders for its iPhone, despite showing record profits. iPhone demand could fall by as much as 17 percent, according to Fast Company.

To make matters worse, the Communist Party’s Anti-Corruption Commission is questioning China’s director of the National Bureau of Statistics regarding “serious violations”—possible fraudulent activities like skewing data. In particular, economists fear that China’s economy is not seeing the growth rate it has reported. If China’s top data reporter is fudging data, the world economy would see even more of an impact.

In response to the decline in global demand, the government announced last week that it would cut down on some raw materials manufacturing. The New York Times reported that the country plans to cut steel-making capacity by 100-150 million tons, after a year of flooding the oversaturated market with over 800 million tons. It also wants to cut down on coal mining capacity.

As China shifts to its new type of economy, world markets will see a lag. But if government officials manage to make a smooth transition to a consumer-driven market, then manufacturing will likely see a large-scale exodus to other countries.

In the meantime, anxieties are high and companies are watching the markets with baited breath. As corporations start to focus on the bottom lines, supply chain managers can come under fire for overstocking inventory or losing money inside their complicated supply chains. Now is the time to take a good, hard look at your supply chain and ask yourself: As an industry professional, am I rising to the occasion to meet the demands of today’s turbulent economy?