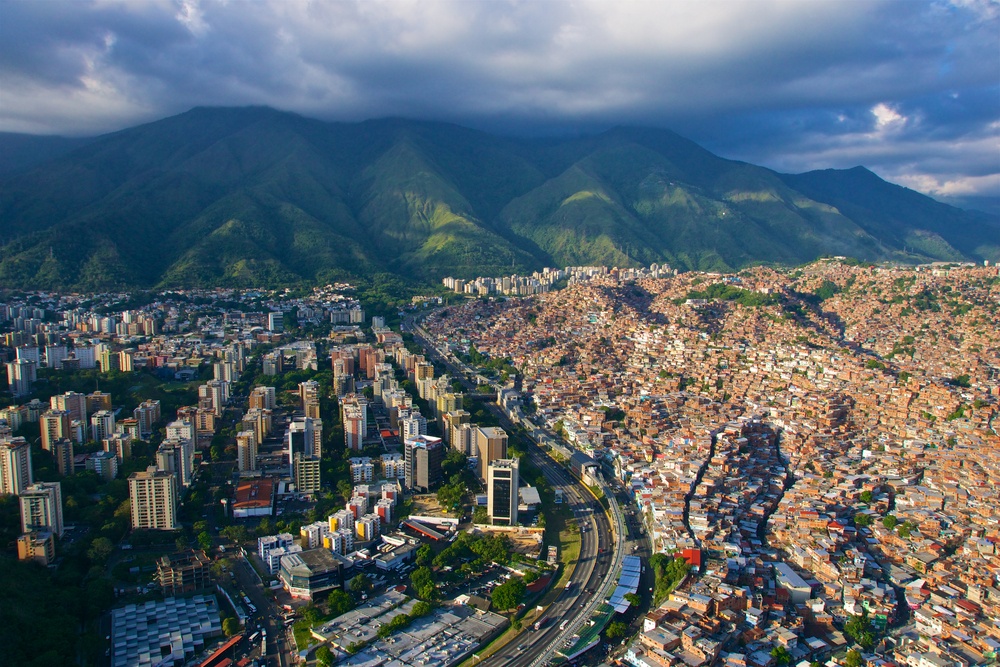 Venezuela, owner of the world’s largest known oil reserves, has consistently ranked among the top exporters of oil. As of 2012, the country was reported to own at least 20% of global reserves, or an estimated 296.5 billion barrels of oil. Because of this natural abundance, Venezuela's economy, and thus its government and social services, are largely driven by oil exports.

Despite – or according to some experts, because of – having won the natural resources lottery, the country has lately been facing a dire economic situation. Previously, Venezuela’s reliance on oil didn’t ring any alarm bells for economists because the profits from oil prices were sky-high. Oil wealth allowed the government to offer various employment programs, healthcare projects, and education at reduced costs to its citizens.  Despite these measures to offer benefits to the population, the Venezuelan government failed to set up a sustainable economy. In fact, the reliance on oil prevented the country's economy from diversifying. According to some critics, the government focused more on spending for short-term projects than bolstering the oil and other industries long-term through infrastructure support and improving the means of production. Now, Venezuela is burdened with high inflation. The country is even having difficulty financing transportation for its export sector. What was once among the biggest petro-states in the world is now succumbing to a continuous decrease in global oil prices.

The supply shock that is crippling Venezuela’s economy has repercussions in other parts of the world as well. The United States, for example, is home to multiple refineries that process a third of all of Venezuela's oil. Chevron, Valero Energy, and Phillips 66 are among the companies which have spent billions of dollars investing in oil and gas production plants to effectively process Venezuela’s exports. Last August, despite these companies’ warnings against the potential negative impact of a trade embargo, US President Donald Trump imposed sanctions preventing Venezuela from conducting sales or loans of assets in the US. This decision could seriously jeopardize both economies, as well as the companies caught in the crossfire. Venezuela is now starting to look for other buyers, adding to their logistical costs. Meanwhile, some experts in the US are fearing that the economic ripple effect will lead to significantly increased gas prices.

Venezuela’s current crisis is decidedly larger than a national issue as it is affecting industrial businesses worldwide, even companies that don’t deal directly in oil. Some US companies are losing profits from their operations in Venezuela, given the ongoing currency deterioration in the country. Even American Airlines, the largest airline in the world, has reportedly written off over half a billion dollars in revenue loss stemming from a ”continued lack of repatriations and deterioration of economic conditions” in Venezuela.

These developments may just be the start of a series of negative effects stemming from Venezuela’s economic predicament. While it is still plausible for the country to recover, it is going to need outside help and an overhaul of economic reforms. To turn its current circumstances around, the Venezuelan government must work towards short-term improvements while drawing a plan for long-term development.

Drought of The Century Threatens To Dry Up Brazilian Economy

Brazil's worst drought in 86 years is threatening the country's already struggling economy. With water rationing already in effect and electricity rationing on the horizon, Brazil's manufacturing sector could be in store for a historic slowdown.

As China’s growth rate slows, India’s economy is picking up speed and manufacturers are taking note. But can the country’s lackluster infrastructure keep up with its booming industry?