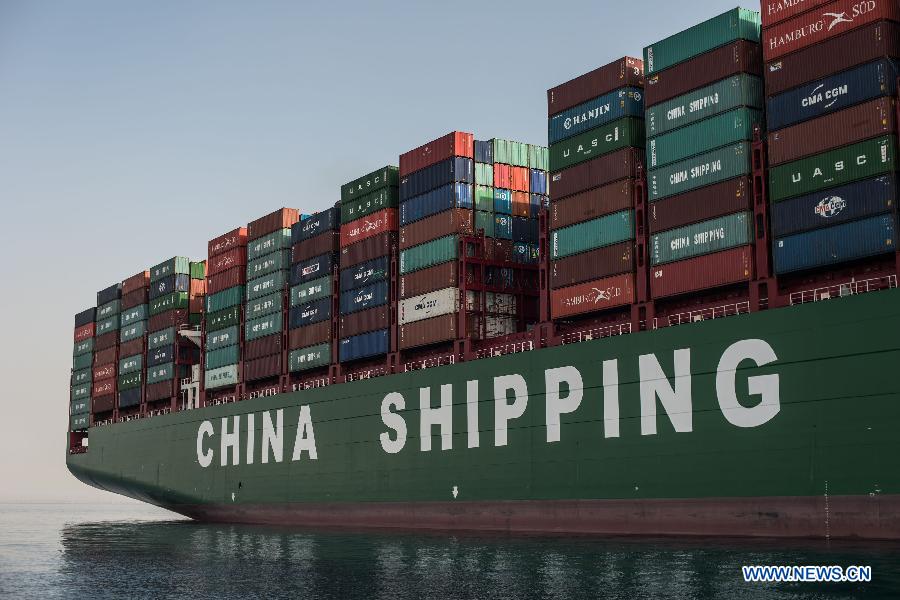 The Upswing of Chinese Logistics Companies

Published on
August 2, 2017
Forecast to grow by a CAGR of 7.5% by 2020 globally, the logistics industry is booming. Logistics, the complex operation involving the movements of people, facilities, and supplies, is applied in every industry from manufacturing to retail to trade. The global logistics market is expected to grow from US $8.1T in 2015 to US $15.5T by 2023 between its different segments including roadways, waterways, railways, and airways.

In 2015, the Asian-Pacific region dominated the industry with significant impact from China, India, Singapore, Indonesia, Japan, and Malaysia. North America shows promising growth in trade activities thanks to deals between the US and China, South America, and Europe. Germany is the most prominent logistics market in Europe, followed by the UK and France. Within South America, Brazil and Argentina were the most notable markets for logistics in RoW.
While there are many players in the industry, only a few are considered key competitors, due to their presence in different regions and the wide variety of quality services provided. Key players include B. Hunt Transport Services, C.H. Robinson Worldwide, Inc., Ceva Holdings LLC, FedEx Corp., United Parcel Service, Inc., Expeditors International of Washington Inc., XPO Logistics Inc., Kenco Group, Deutsche Post DHL Group, Americold Logistics, LLC, and UTi Worldwide Inc.
China - To Rule Them All:
China shared 15% percent of global GDP, and an annual 9% growth is observed from the country. With the growing economy comes a growing market within the country. Logistics in China is expected to reach US $450B. They lead the Asia-Pacific region, which accounted for 41% share in value and 51% share in volume globally.
Competition:
In comparison to the USA, sending and receiving packages within China can be quick and inexpensive. Many Chinese delivery businesses depend on partners and large courier fleets. But according to Shaun Rein, managing director of the China Market Research Group, "The reality, though, is it's going to be very hard for them to become global players.” According to Rein, many companies in the country aren’t developed enough for international operations. ZTO Express, officially established in 2013, works through approximately 7,700 network partners. Three-fourths of its business comes from Alibaba and has an entire workforce of 226,000 people, 26,000 directly employed in China while around 200,000 were from its entire network. UPS, on the other hand, has 444,000 employees worldwide with 6,194 people from China; FedEx is composed of 400,000 workforce. ZTO has 74 sorting hubs while UPS has 228 operating facilities in China. Of the top 10 players in the Chinese logistics market - 70% of the market was covered by them; compared to the dominance of UPS and FedEx in the US market. ZTO’s CFO James Guo shared with CNBC in a phone interview that they are planning to expand their global footprint starting with the US marketplace and that they have entered into a partnership with the US Postal Service. USPS spokesman, however, could not confirm the existence of any partnership with ZTO nor will they give any comments on USPS operations in China.
Chinese Overseas Presence:
Top Chinese logistics companies are all planning aggressive expansions overseas, including ZTO Express, Yunda Express, and STO Express. The government encourages overseas expansion of companies by batch of logistics centers in different locations. For example, Alibaba’s courier aggregator, Cainiao Network Technology has since set up centers in Southeast Asia. This strategy cuts costs at around 44% all the while shortening delivery time by a quarter.
Currently topped by DHL, UPS, and FedEx, YTO Express desires to become a leading logistic service provider in the global market. According to Yu Weijiao, YTO Express Chairman, Chinese couriers are flourishing and the world demands its services. The company boasted a global parcel alliance featuring couriers in 25 countries and regions. The company’s decision to purchase a majority stake in On Time Logistics, listed in Hong Kong, is a clear statement of readiness to expand business overseas by building networks. They plan to mainly provide routes in the area covered by China’s belt and road, a trade way from terrestrial and the maritime routes connecting Asia and Europe, excluding the US. This business decision not only boosts global presence but also saves the company from domestic market saturation. The domestic market is saturated in terms of the logistics industry. This situation has led to many companies pursuing backdoor listings which helps them combat competition. However, in the long run the market will become show highly concentrated and dominated by just a number of players.
China’s piggyback transportation route, unlike the US, is operating without a unified system, making rail, road and water transportation difficult. But change is on its way as the State Council requested the creation of more complex coordinated routes, combined with the advancement of supply-side reform and an improvement of information technology.
Silk Road: One Belt, One Road:
Rail connectivity between China and Europe is becoming more and more of an economic reality. Cheaper than both air and ocean freight, it takes around 18 days of train travel from China to Europe. The sight is reminiscent of a new Silk Road filled with consumer goods made in China.
Logistics

The Real Cost of Olympic Logistics

Olympic events are often hailed as an economic boom for the host country. But when you consider the logistics involved in hosting, the numbers don't always come out positive.

The American Trucking Association estimates that trucking companies are short by as much as 45,000 drivers. In light of this shortage, pressure has been mounting on carriers to reach out to untapped workforce pools in order to close the gap and...

Read more
The Blurring Line Between Retail and Logistics

Our notion of convenience is evolving. Being able to offer options, from product variety to flexible delivery schemes, is essential for every business. That’s probably why some of the biggest companies in the world are moving beyond retail to...