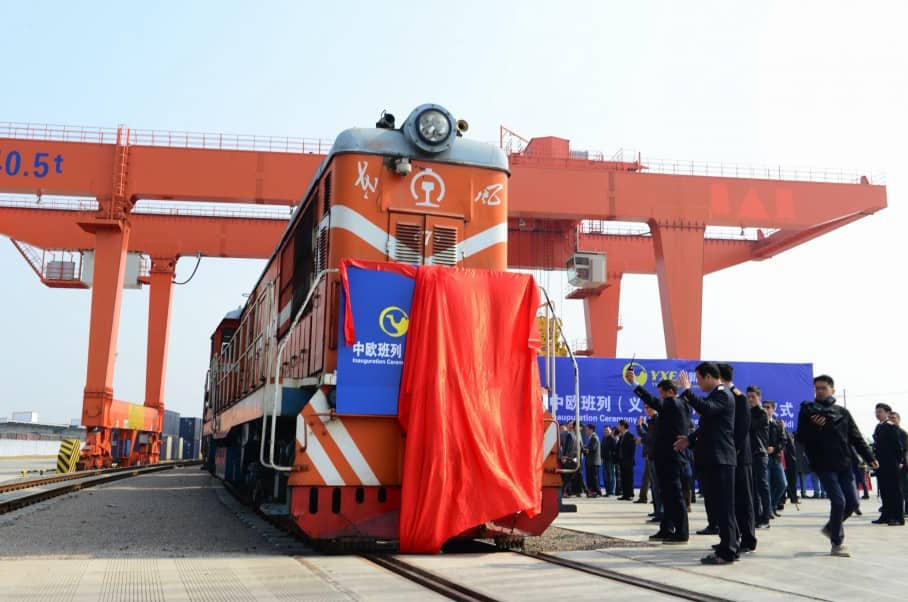 In 1980, faced with a slow and struggling railroad industry, U.S. Congress passed the Staggers Rail Act in hopes of saving what was once a booming asset. The Act deregulated much of the industry, making it easier for rail companies to increase specialization and efficiency. As a result of the law’s passing, railroad industry costs were halved, traffic increased dramatically, and the rail industry has since seen continued levels of success.

Today, China’s rail infrastructure bears a striking resemblance to a pre-Staggers United States, and the nation is looking to turn it around in the same fashion. In the past, China has happily relied on trucks and ships to transport freight; however, the burgeoning amount of freight being moved across the country has risen dramatically in recent years. Between 1998 and 2013, total freight transported grew 1% faster than the general economy, but transportation methods did not parallel that growth. To complicate matters, factories in China are moving further and further west, expanding the distance between factories and ports and making transport by truck less reliable. Currently, a measly 1.3% of container traffic through China’s ports involves trains. However, with roads becoming increasingly more congested and distances between factories and ports expanding, autos will not cut it for efficient and timely transport of goods. China needs to emulate the United States and work on building infrastructure and reforms.

Certain reforms are already underway: in 2013, China invested over 800 billion Yuan in railway construction, to help ease the burden of overcapacity. The expansion is coming at an opportune time, as shippers look for ways to get goods out of the country faster and in larger volume. Infrastructure needs to come first: of the 135 recognized ports in China, only 10 are connected to a rail system. With ports to the east and Europe to the west, a large-scale construction of railroads is necessary in order for China to maximize efficient transport to Europe and the Americas.

Further reforms are in place to improve operational efficiency, flexibility, and specialization in routing and delivery. China Railway Corporation, China’s national rail operator, began reforms in 2013. The Silk Road Clearance Integrated Reform will help speed up customs processes, reduce logistics costs and save resources. Essentially, the reform unifies practices throughout the nation to ease up on complications. Customs stops will be able to communicate with one another, and ease redundancy at checkpoints. Already, the average clearance time at customs stops has decreased significantly. As efficiency at customs increases, expect transport times to decrease.

In April, Chinese Vice Premier Ma Kai said the government will invest all they can in railway construction, in order to meet the goal of completing 8,000 km of railways. Better freight travel from China to Europe would be hugely beneficial for suppliers, who would have faster access to goods. The new Silk Road rail routes from China to Europe will offer far more cost-effective transport options: freight rail transport will be one third the cost of air freight for the standard 40 foot container. And while shipping would be even cheaper, ocean transport is slow and unreliable.

Full Steam Ahead for Suppliers

What does this all mean from a supply chain perspective? Largely good things. The next few years should prove to be a busy, successful time for freight train shipping in China. The nation’s own version of deregulation – namely increasing flexibility and setting rates based on supply and demand – will be beneficial to brands who rely on China for production. That flexibility could translate to lower costs if companies move products at opportune times; in addition, more timely and reliable service will cut down on transportation headaches and save suppliers money. Freight rail in China has expanded to Europe and the coast, with track space growing each year. That means more options for suppliers to ship to Europe or the Americas. What’s more, transport by rail is not only good for a company’s wallet: freight rail emits 62% less CO2 than road transport, meaning freight transport presents a sought-after intersection of efficiency and sustainability.

Companies whose supply chains rely heavily on Chinese production should push for their products to be moved by train rather than road transport. Things will only speed up from here, and suppliers should not have to wait long to see a return on their investments in freight rail. With potential increases in Chinese production if the Trans-Pacific Partnership passes, companies could be facing bottlenecks and congestion. Freight rail’s boost in efficiency presents a light at the end of the tunnel.