The Rise of The Super-App: Will Supply Chain Get the Help it Needs? 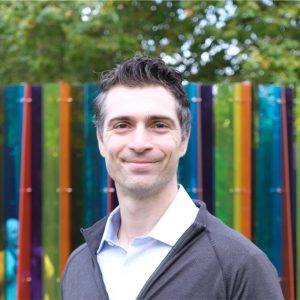 As the landscape of enterprise technology shifts again towards app consolidation, now might finally be the time for the first supply chain super app

In this blog, we’ll discuss what we see as clear signs that supply chain may be headed toward its first major consolidation and possibly, its first super app — and what companies should know to stay on top of this evolution, and what they should expect if the super app is going to live up to its name.

For the last 25 years, enterprise technology has followed a similar development and usage cycle. This cycle has roughly three stages, so we’ll break them down one by one:

Stage 1: Businesses routinely use a few high-performing applications that attempt to do almost everything for a given business domain or function. In modern parlance, these broad applications are generally regarded as platforms.

Stage 2: Specialized applications arise, using the established solution as a kind of functional baseline — but the new solutions offer the niche or specialty capabilities attuned to their very specific needs, and they’re able to outperform the established platforms in these key areas.

Stage 3: Consolidation occurs again, sweeping the range of most used capabilities into a more elite group of high-performing, broader-scale applications that are also capable of meeting niche needs.  These are the super-apps.

The Evolution of Super Apps: A Brief History

For today’s business technology, this general cycle started as early as the 1990s. At that time, a few of the most modern technology companies — including Oracle and IBM in the US, and SAP in Europe — comprised the core of almost any enterprise tech stack. In fact, for many companies, these were really the only capabilities that could rightly be said to be components of what we now think of as a “tech stack.”

These first solutions were effectively rudimentary databases that were widely used to store and track many different kinds of key business data, from financials, to HR, to sales. But by the mid-90’s specialty technology solutions began to emerge — and note that by today’s standards, even these seem very broad in application.

Siebel Systems emerged as a leader for sales and servicing, and created a new category that combined the two: customer relationships management, or CRM. As their name clearly suggested, PeopleSoft and SuccessFactors focused on human resources. Because these solutions were specialized, they offered elegant and value-creating solutions for meeting the distinct needs of the functions they served.

Arguably, they also “upped the game” so to speak, creating a new baseline for functionality and value creation. You could measure this impact, at least in part, by the significant growth that took place (and continues to) in the functional areas that grew up around them. This of course led to team leaders (VP Sales, VP HR) requesting Siebel and PeopleSoft, and enterprise architecture became significantly more diverse, and expectations escalated for fine-tuned capabilities and ease of use.

Consolidation, and Further Turns of The Wheel

The wheel turns… and of course the big platform makers liked what they saw. So in 2005, Oracle bought both Siebel and PeopleSoft, and in 2012, SAP bought SuccessFactors — once again creating application consolidation for the enterprise. With the ease of managing one application instead of three, and a push from some attractive volume discounts, many IT orgs urged their companies into the (waiting!) arms of Oracle or SAP as their primary business solution — a solution that now came complete with enhanced (and to a large extent, proven) function-specific capabilities.

Dawn of The Cloud

It didn’t take long for the cycle to turn again though — this time from a combined technical and business evolution, as the emergence of cloud-based software lead to the rapid appearance of even more specialty players. By 2010, Salesforce, Workday, ServiceNow, Netsuite, Zendesk, and Marketo had all emerged as formidably capable, function-specific solutions.

Software had not quite eaten the world, but it had taken some very big bites out of the enterprise, and no matter where you worked within the organization, sooner or later, you were logging in and doing work with the cloud. The scope of functionality pursued grew larger as well, with business process management (BPM) emerging as a kind of super-domain — with many suitors for this crown.

The Winners Get Bigger

There was a twist this time however: because the new players — the ones that stayed independent — now made plays to become super apps themselves. Salesforce, undoubtedly the “cloud-leader,” expanded its Force platform, adding capabilities for financials (FinancialForce), customer support, business intelligence, and many others. Workday added its own financial and ERP capabilities, ServiceNow went deep into HR and customer support solutions. Choice for business leaders grew significantly, as did capabilities.

Around 2014/2015 another breakout of specialty applications took place, responding for the most part to the rapid digitization and personalization of commerce. Companies like Salesloft, Hubspot, Drift, Monday, Gong, Slack, Zoom, and others began to fill in gaps where the big platforms hadn’t yet penetrated (we’re sure you’ll note that not all of these companies are still independent as of this writing).

Complete with APIs, these new solutions offered the added benefit of being able to integrate easily with the established super apps and platforms, enabling key business information to be passed back and forth, while still offering new capabilities and a better user experience.

Why Do These Cycles Continuously Occur?

There’s no one reason for why these cycles continue to occur: but human nature and the nature of business evolution — we’ve zigged for awhile, it must be time to zag — are certainly part of it.

One truth worth considering however, is the fact that altogether, these cycles have proven to be remarkably successful. For proof, just take a look at the Dow or S&P 500 from 1990 until now, and you’ll see it clearly: the overall picture is one of impressive success. Adroit use of better tools has driven greater production and efficiency, creating successful businesses of all kinds — and enterprise software solutions and platforms have certainly been a major part of that growth, especially for the companies with the biggest reach and ambitions. And many of the best solution players we’ve named here, have rightfully benefited from the huge role they’ve played.

But once we’ve grasped that this cycle is a healthy one, the real trick is, understanding where we are within it.  One way of getting a better feel for these cycles is looking closer at the pros and cons of each phase.

We’ve laid out a few of the basics immediately below.

As you might expect, the broader business environment plays a significant role in the turning of this cycle. In times of high-growth, when budgets are flush, CFOs and CIOs will often entertain more experimentation, including new apps that employees are hungry to try.

However, in tightening cycles, when budgets are watched closely, companies have a tendency to pull-in, and may even pare back to supporting only those applications required to “run the business.” They’ll even work to negotiate good deals to bring back services that may have been given over to specialty applications. Platform companies are usually ready to play ball in these types of scenarios: they have the wherewithal to play a long game, and a proven track record of increasing price when they’ve locked in.

Is The Supply Chain Super App A Possibility?

So far, we haven’t seen an ascendant super app in supply chain, but that might be changing…

First, as you know, today’s economic environment is daunting, which will certainly encourage consolidation. With declining GDP, high inflation, and increasing interest rates, Leadership will be inclined to cut costs, as we’ve already seen with so many high-profile (and quite successful) companies cutting staff. Bloomberg recently reported that half of companies are planning for layoffs, according to a survey by PWC.

Second, the increasing complexity of supply chain management makes control and ease-of-alignment something companies are going to see as a must-have. It’s a lot easier to have the fleet spread out in little row boats during calm seas, but that changes quickly in choppy waters. …And supply chain is in the middle of a multi-year tsunami.

As a result of their own direct experiences or those of close competitors and partners, most supply chain leaders, by now, have sounded the clarion, and want to get everyone back on the mothership. That puts a premium on working in broader collaborations, in real-time, and having the ability to know where everything is at — and ultimately, tracking progress together as well.

No doubt about it: one sky and one telescope is where it’s at right now.

The other major factor pushing consolidation is the rising potential to remove supply chain’s perennial “thorn in the side”: sharing data. With the rise of the public data clouds, supply chain data will become accessible, and easier to share broadly, while controlling access centrally, without requiring a series of expensive and difficult integrations. The super-app for supply chain will have to tackle that challenge above all.  But the time is ripe, and (we think) the technology is ready for it.

We fully expect that the supply chain super-app will be built on cloud-native architecture taking full advantage of the data cloud, to interoperate seamlessly with the broad array of supply chain transaction systems already in use.

It will also bring forward the requirement for super-apps to be easy to learn and use.

Perhaps especially in the data-intensive world of supply chain, information and functionality has to be be parsed and presented with care, and look and feel more like a consumer app. Continuing with the theme of easy accessibility, mobile operation with this app will need to be at true parity, enabling on-site use, wherever that site may be. (Supply chain workers get into some interesting places.)

It will need to be flexible enough to address the full spectrum of use cases related to supply chain, such as customer service and risk management, making the case to switch to a super app even more clear.

Finally, in terms of marketplace positioning and the overall value proposition, the supply chain super-app will need to leverage a consumption pricing model to maximize the value proposition, by aligning overall costs with usage and benefit.

The running cycle of consolidation and specialization that has given the business world some tremendous apps — and a truly astounding long-term record of growth — appears to be at the doorstep for business’s most beleaguered discipline.

…And we’re here for it. In more ways than one! 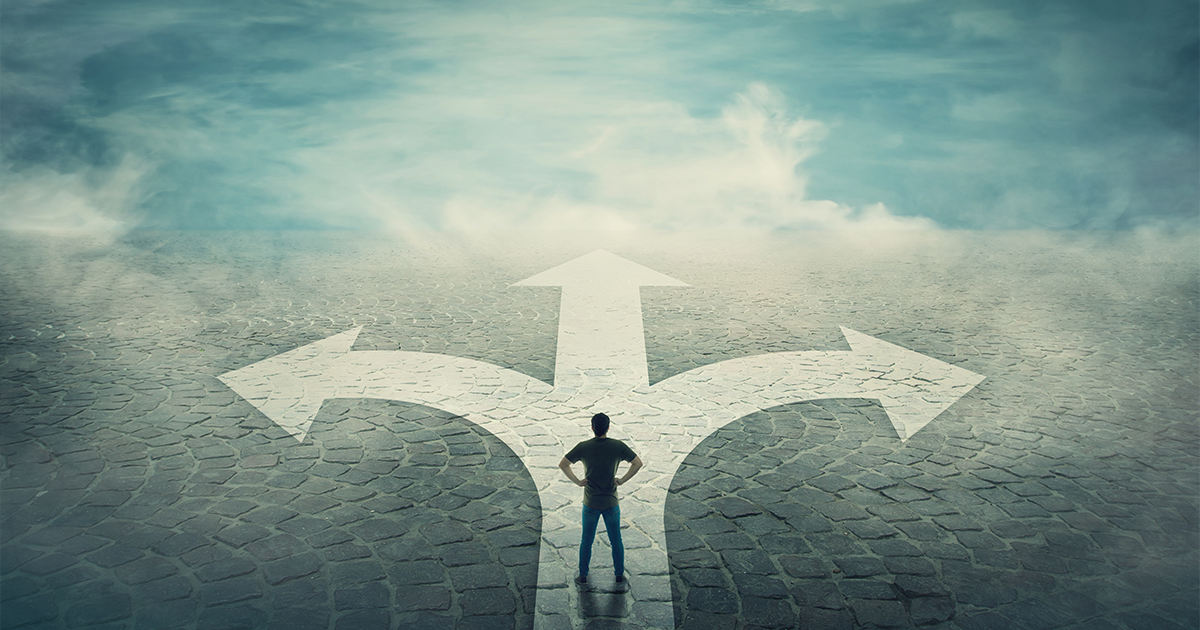 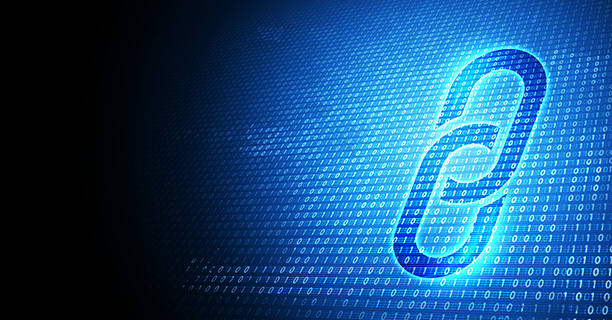