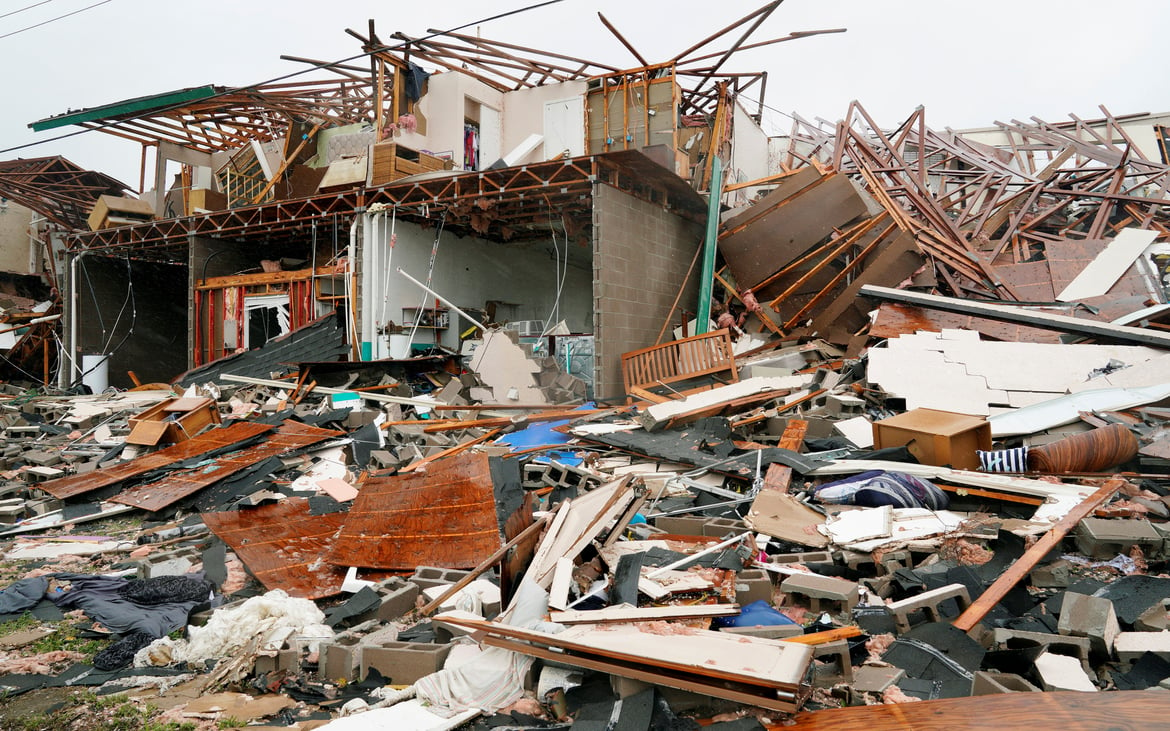 The Cost of Disaster

Natural disasters continue to dominate headlines worldwide and are only likely to increase in prevalence in years to come. Last year marked the costliest on record for natural disasters in the United States. The country suffered an estimated $306 billion in disaster-related damages in 2017, predominantly due to major hurricanes and wildfires.

According to a report published by the National Oceanic and Atmospheric Administration (NOAA), the damage caused by Hurricane Harvey alone came in at approximately $125 billion. Hurricane Maria, which knocked out all power supply for 3.4 million residents in Puerto Rico for more than three months, cost $90 billion, while Hurricane Irma, the most powerful Atlantic hurricane in recorded history, left 97 people dead and recorded losses of $50 billion.

The consequences of these unforeseen events have been far-reaching for trade networks. For instance, Hurricane Harvey impacted nearly 10 percent of the trucking industry for two weeks and prompted several ports and businesses in the region to shut down, consequently forcing the mass rerouting of cargo to places as far as the Bahamas and Mexico.

On a similar note, last year’s wildfire season was both the most expensive and the deadliest in US history, racking up damages of approximately $18 billion and causing over 40 fatalities, while adversely affecting about 10 out of the 1,200 wineries in the region.

The wildfires have severely impacted shipping in the region. Major food and beverage shippers, including retailers and wholesalers, have shut down operations in Sonoma, Napa, Santa Rosa, and Fairfield, in addition to slowing down the movement of goods to shippers outside the affected areas.

Sonoma and Napa county, which generate over $10 billion in annual sales and account for about 10 percent of California’s wine industry, were heavily damaged by the fires. Santa Rosa City in Sonoma County sustained the greatest damage, with more than 3,000 households and many businesses destroyed. As a considerable silver lining, both counties had already gathered around 90 percent of their respective grape harvests for 2017 before the fires erupted.

The damages incurred by the fires in wine country failed to deal a blow across the entire supply chain, with the bulk of the devastation instead concentrated in the destruction of some wineries and several high-value residential and commercial structures. But some predict future repercussions for the region's economy, particularly for the wine and tourism industries. In fact, it is estimated that rebuilding the region may take several years, and as a result, wine production may be limited as a shortage of grapes is likely to occur.

As for the impact on future harvests, some are concerned that wine grape yields will be tainted by a smoky taste, a phenomenon which commonly occurs when vines absorb particles of wildfire smoke. According to experts, this 'smoke taint,' which may give a charred taste to forthcoming vintages, is not easy to  rectify.

Costs of Reparation vs. Costs of Prevention

Natural disasters can disrupt an organization's production network, propagating direct and indirect costs to a nation’s economy in the process. Just recently, German reinsurer Munich Re released its annual natural catastrophe report, detailing the total disaster losses for insurers around the world. The bill amounted to $135 billion. The report also disclosed that last year's total losses were exceeded only by those in 2011, when a 9.0 magnitude earthquake and tsunami struck Japan. In the current climate, businesses clearly have high incentives to invest in disaster risk reduction, as the growing threat posed by natural disasters looms on the horizon.

Disaster risk reduction (DRR) involves minimizing the threat posed by natural disasters through the employment of anticipatory strategies designed to counter or neutralize their negative impacts. DRR approaches may vary depending on the nature of the industry and the organization. The cost of DRR, from its systematic planning stage to implementation of the actual action plan, can be very expensive despite having the purpose of maximizing profit while reducing exposure to all kinds of natural disasters.

Still, the advantages of investing in DRR often outweigh the costs, given that it prepares an organization for a wide array of natural hazards while keeping business operations fully intact. Many experts share the belief that DRR plays a significant role to the growth of any business. The method has been successfully utilized in Sudan, where two scenarios were tested 一 the impact of drought with and without DRR interventions 一 in order to calculate the net benefits and costs that accrue from such interventions. The study yielded positive results and has reduced the risks posed by drought within the area.

The American Logistics Aid Network (ALAN), founded in 2005 following Hurricane Katrina, consists of a network of hundreds of supply chain businesses and industry experts who provide support for disaster and humanitarian relief efforts. ALAN members respond to requests for logistics and supply chain services through a web portal that ensures essential goods are able to reach affected communities in a timely and efficient manner. Using technology enabled by Aidmatrix, relief organizations are able to post requests for local warehouse space, transportation, equipment, and other goods and services.

When three major hurricanes devastated the country last year, ALAN mobilized its network to provide support in the form of know-how, resources, and coordination. Each hurricane came with its own particular set of needs; Harvey presented the challenge of navigating flooded areas, while Irma strained supply chains as a result of hoarding, and Maria led to crippled infrastructure that disrupted utilities, communications, and shipping corridors. Over the course of three months, ALAN rose to the occasion and fulfilled requests for trucks, cargo vessels, planes, and warehouses, and even helicopters and powerboats. Still, recovery remains a work-in-progress as rebuilding initiatives are now underway and local leaders brainstorm measures to minimize the effects of future storms.

Disasters have the potential to devastate an organization's operational integrity in the blink of an eye. The crises encountered by companies during calamities call for consistent contingency and recovery plans that provide support before, during, and after the events have run their course. Failure to take steps to mitigate the impact of extreme weather disasters can be detrimental to the entire global supply chain.

Beyond the need for systematic adaptation, analysis of recent events points to climate change as the real culprit for the rise in natural disasters happening around the world. Accordingly, corporations and regulatory bodies across the globe should come together and commit to move forward toward a low-carbon, sustainable future. Doing so is likely to reap not just environmental, but also financial rewards in the long-run, as the costs associated with disaster anticipation and recovery subside along the way.

Best Practices Before the Storm

As hurricanes, tropical storms, and other natural disasters begin to brew, municipalities and leaders must make tough decisions regarding preparedness and civilian evacuation. This is not as easy as saying “leave your homes and come back when...

Around this time of the year in 2005, Hurricane Katrina devastated the United States and left 1,800 people dead and more than a million displaced in the Gulf Coast region. It also destroying over 200,000 homes in New Orleans. Similar to Hurricane...

Last year Houston faced historically devastating flooding during Hurricane Harvey. Nine trillion gallons of water and 60 inches of rain fell from the sky in a span of two days, causing damage to the economy amounting to an estimated $190B. As the...