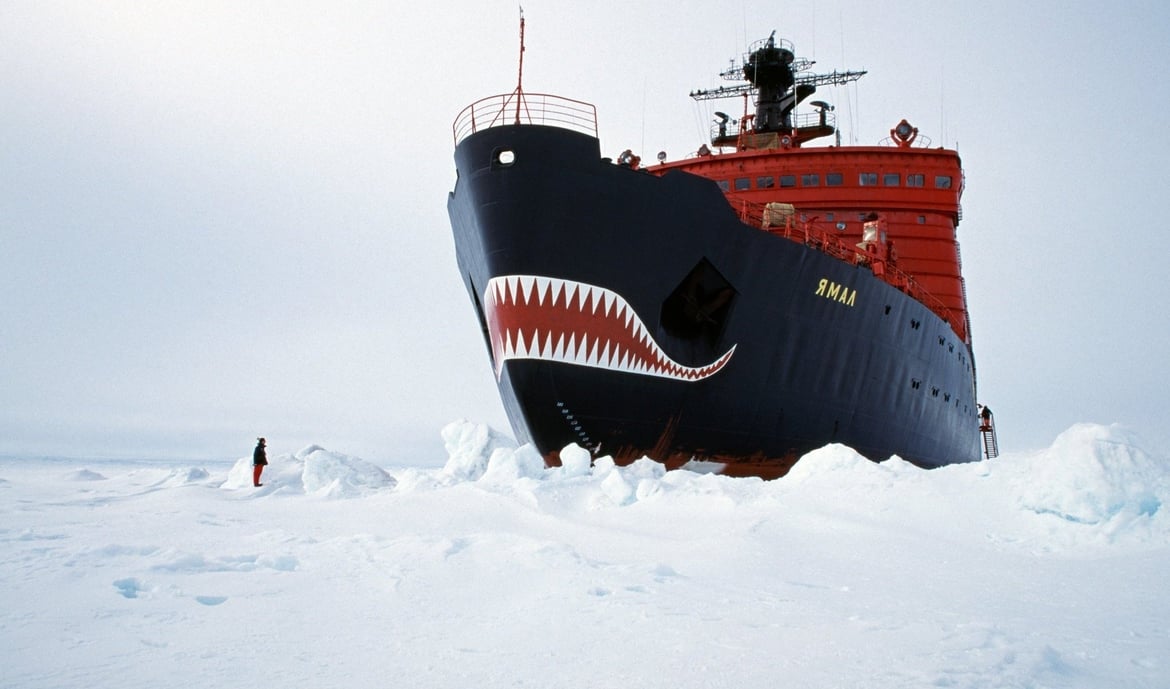 Shipping Prospects Heat Up in the Arctic

Published on
March 23, 2018
Warmer temperatures brought on by climate change are transforming topographies around the world, giving rise to profound consequences. In an ironic twist, melting ice caps and rising sea levels may translate to new business opportunities and reduced greenhouse gas emissions for the shipping industry.


An Upside to Global Warming?

As global warming has conjured up hotter summers and milder winters, one area in which its impact has been particularly visible is the Arctic, where shrinking ice caps may give way to new shipping lanes in the future. While relatively little cargo currently passes through the Arctic, traffic through the region is likely to increase over the next decade as shippers take advantage of freshly-thawed routes. Many studies now predict that the thick sheets of ice which prevented ships from passing through in the past will thaw by the year 2030.

Shipping companies are now reimagining the future of the world's international shipping routes, strategizing how they can capitalize on an otherwise grim environmental development. With approximately 70 percent of the world's trade currently transported via sea lanes, the potential benefits are significant. Shorter, more direct routes between Asia and ports in Europe and eastern North America would mean faster trips, reduced shipping costs, and fewer greenhouse gas emissions per trip.

There are currently three shipping lanes that run through the Arctic: the Northeast Passage, the Northwest Passage, and the Northern Sea Route. Most consequential with regard to the melting ice caps is the Northern Sea Route, which lies within Russia's Exclusive Economic Zone (EEZ). For now, only certain parts of the route are clear of ice during just two months per year, although changing northern conditions will extend this window of time, potentially cutting trips in half and reducing emissions (per trip) by nearly 40 percent. Some studies predict that the average time to sail from North America to Northeast Asia will go from 30 to 20 days in the next decade, although the question of whether this will lead to a substantial decline in traffic for traditional shipping lanes (e.g., the Suez and Panama Canals) remains a point of contention.

Not All Smooth Sailing From Here

However, the story gets more complicated. While the opening up of Arctic shipping lanes may appear to shepherd many benefits, shippers won't necessarily choose take advantage of them. Varying ice conditions, safety concerns, and higher insurance rates may deter companies from voyaging through the region even once paths are cleared.

Moreover, it is unlikely that ordinary shipping vessels will be able to journey over the North Pole any time soon, and travel will remain largely restricted to the summer months. For the time being, ice-breaking cargo ships (capable of operating in ice up to four feet thick) will continue to have the strongest presence in the region. As a result, it is likely that the portion of Arctic cargo tonnage relative to the amount carried along other international shipping lanes, will remain small. And as a result, any reduction in greenhouse gas emissions due to shorter transit time will be relatively insignificant.

The Competition Heats Up

Further compounding the challenge is the political question of territorial sovereignty; there are currently eight countries claiming territory within the Arctic Circle: the United States, Russia, Canada, Denmark, Norway, Sweden, Finland, and Iceland. Many of these claims overlap with one another due to differing interpretations of the UN Convention on the Law of the Seas (UNCLOS), the statute governing such maritime disputes.

Given that the vast majority of the Arctic Archipelago falls under Canadian jurisdiction, Canada is arguably the nation that stands to gain the most from new commercial opportunities. By charging shipping companies fees for icebreaking services and passage rights, there is immense potential for the country to tap into lucrative economic exploits.

In 2013, the first commercial bulk carrier transited the Northwest Passage, carrying cargo from from Canada to Finland. The result: $80,000 saved in fuel costs and 25 percent more cargo transported than if it had travelled via traditional routes. The event demonstrated how if shipping vessels and their crews could travel longer distances at a lower cost and in less time, both those in control of and those passing through the waterways would benefit.

China is another major source of trade with skin in the game. In early 2018, President Xi Xinping announced plans to develop shipping lanes through the Arctic, with a view towards developing a "Polar Silk Route" in collaboration with Russia and other Arctic countries. The move comes as part of China's broader strategy to transform China's land and sea channels to the west. By some estimates, the new route could take 20 days off the 48 days it currently takes to get to Rotterdam from China via the Suez Canal.

Russia has also demonstrated its resolve to capitalize on newly-liberated shipping lanes. With over forty icebreakers already deployed in the region, it stands far ahead of the competition. In 2017, it sent a tanker through the Northern Sea Route in record speed and without an icebreaker escort for the first time. More optimistic than other players, the Russian government predicts that cargo along the route will grow tenfold by the year 2020.

Regardless of how long it takes for Arctic ice caps to give way to viable waterways, there is no doubt that shippers and governments alike will be looking to reap a share of the profits. And in an industry worth billions, the stakes are high. For now, it is unlikely that the Arctic will experience the rise of a busy international shipping route any time soon. But as Arctic ice levels dwindle, it is important to remember that the consequences across the globe will be momentous.

The merger between two Chinese freight shippers points to a lack of transparency and efficiency in the freight industry.

Read more
Speculation and Shipping in the South China Sea

Less has been said about the Permanent Court of Arbitration's ruling on territorial claims to the South China Sea than about the People’s Republic’s controversial—and yet not unexpected—dismissal of the tribunal’s conclusion. When dealing with an...