Scotland's What if? | Elementum 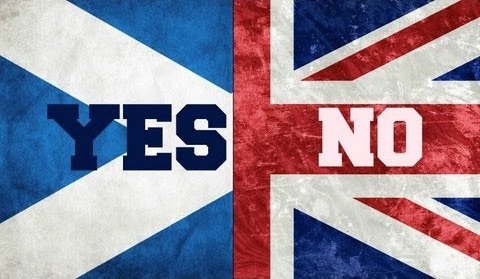 A look into the country’s decision and, believe it or not, global impact.

In a parallel universe—four months from now—a port director in Edinborough is explaining to the confused captain of a South American shipping vessel why he has to go through Scottish customs, even though he just passed through UK customs in Sunderland three days prior. The port director will continue, warning the captain that when he leaves Scotland at the end of the week to arrive in Belgium, he’ll have to go through customs yet again—this time for both Belgium and the EU. Confused, the captain will claim he has made this route dozens of times before, never encountering such an issue. Now his shipment will be late, and having already inadvertently left the EU, there’s nothing he can do about it.

A couple hours later, you’ll get a call from your Eastern European electronics supplier explaining how your parts aren’t going to be available for another month because of “delays”. No one seems to know why. Eventually, you’ll get the same rundown the South American captain received weeks ago. This late shipment just impacted the order volume of your most important customer.

In this universe, Scotland voted “Yes” to independence.

Needless to say (but we’ll say it anyway), in our universe, Scotland’s referendum for independence failed to pass last week. The “No” vote ultimately represents a population intent on ensuring a stable future for the economies of Scotland and UK. However, there was never any certainty that the referendum would fail. Pro-independence, anti-English sentiment could have just as easily pushed the scales in the opposite direction. If they had their way, secession from the UK would have precipitated several roadblocks, costing anyone who’d have to navigate the new economic and political landscape.

Though the UK has been supportive of Scotland’s independence referendum, Westminster would have hardly been expected to continue providing economic subsidies to Holyrood as though it were still under the crown. Getting cut off from the English tax base could have had serious consequences for international corporations doing business in Scotland. Three key Scottish shipping and freight organizations—the Northern Lighthouse Board, the Maritime Accident Investigation Board, and the Maritime Coastguard Agency—are in large part funded by UK taxpayers.

Managers in both Scotland and England appeared skeptical—at best—that Scotland’s shipping industry, worth almost £4 billion a year, would not be adversely affected by independence. Almost 70% of shipping companies in Scotland believe independence would have a negative effect on the industry [1]; and 74% of all shipping companies with Scottish operations had no plan of action for Scottish independence. Such uncertainty about issues like non-UK and non-EU tax rates, currency, and security only fueled the largely negative response.

Arguably, the most pressing repercussion of Scottish independence would have been its loss of du jure EU membership through the UK. On top of that, Scotland would have faced a reapplication process, lasting anywhere from two to eight years—depending on the level of pushback it received from other EU states. Most likely, it would have come from Spain, in an attempt to discourage Catalonia from following suit. And if that weren’t enough, corporations that do business in Scotland would have likely seen costs rise, as the financial burden of economic uncertainty surrounding EU reapplication shifted to them.

If you, like these Scottish shipping organizations, didn’t have a contingency for Scottish independence planned, we completely understand. An island roughly half the size of Oregon peacefully voting on independence from an ambivalent ex-colonial entity was hardly the most disruptive geo-political event that happened last week. Case in point: Tropical storm Mario tore through Manila on Friday, Russia continues to hold its domestic markets hostage to Western corporations, and strikes shut down several electronics manufacturing facilities in China. To boot, Scotland accounts for just .003% of the world GDP. In 2012, Scotland’s ports handled 1.2 million twenty-foot equivalent units (TEUs). Compare that to the port of Singapore, which handled over 20 million TEUs in 2004 alone. It’s understandable if you didn’t even consider how an independent Scotland could affect your supply chain.

The thing is, overlooking potential disruptions to your supply chain in what are conventionally considered “safe” countries can cost you in the long run. That delayed shipment of electronics from Brazil could have been the difference between a green Q3 and a red one.  And that’s why context matters; seeking out information is only half the battle. As supply chain professionals, it’s our job to take information, apply it to potential circumstances, and have an actionable set of items to put in place if need be.

So be sure to ask yourself, “What if?” the next time you scan the day’s headlines.