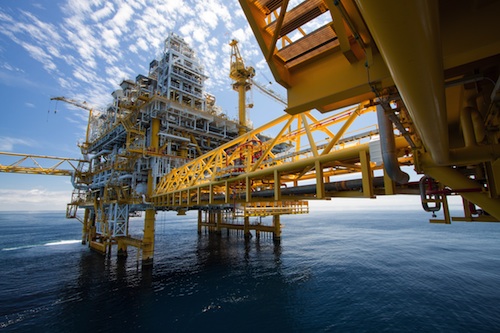 Paying Less At the Pump Could Cost Your Supply Chain Billions

“One thing that’s certain is that rising commodity prices will translate to higher pump prices.”

Those are the words of Mercator International Senior Analyst Dr. Derik Andreoli. No this declaration wasn’t made back in 2012 or 2011, or even last year. Dr. Andreoli made this striking projection in March of 2014—this year. At the time, analysts were offering mixed predictions about the future of oil prices. Some predicted that prices would continue to follow the long bull market trend with the rest of the world economy; the cost of oil would continue to gradually rise with demand as consumer confidence was slowly restored in Econ 101 fashion. Others predicted that gas prices would remain largely flat, and possibly fall slightly as oil production flatlined at the relatively high price of $90 to $100 per barrel for Brent Crude. Essentially all signs pointed to maintenance of the status quo.

Of course we now know that the global cost of oil has collapsed dramatically, and current retail gas prices are at their lowest levels since the late ‘00s.

What’s making matters worse is OPEC’s announcement last week that its members had elected to not reduce crude oil output projections, despite cratering prices and an oversupplied marketplace. The move signals OPEC’s dare to US Shale producers to curb their own output or risk cannibalizing themselves as oil prices race past most small-firm break-even points.

Chinese manufacturing data released early Monday played its part in reducing investor confidence in crude oil even further. The official manufacturing index activity in China’s factories and workshops fell to .3 points from the threshold for contraction. If the trend continues, demand for oil by the world’s second largest consumer will fall with it.

All in all, since January of 2014, oil prices have fallen over 30%. Moreover, analysts at Citigroup say that oil is likely to continue to fall precipitously, eventually reaching $50 per barrel before any leveling off is likely.

The shale oil boom in the American Midwest in particular has been severely threatened by tumbling crude oil prices. The average break-even point for US shale oil projects is at $73 per barrel. Today, the price of crude oil fell to $66 per barrel.

Besides having dramatic consequences for oil stakes, as US shale plays become less viable in the new hyper-volatile oil environment, collateral damage on the rest of the US economy is inevitable. In particular, railroads may see a significant drop-off in revenue from those sources. In the first half of 2014, oil carloads totaled higher than any previous six month period on record—about 5% of all carloads to date. Rail freight will inevitably begin to bring in reduced revenue as these projects disappear, and will almost certainly raise the cost of rail freight onto other shippers to mitigate losses.

The Prices Of Oil Are Volatile, Not Low

While immediate implications of the dramatic drop in oil prices may imply cheaper freight prices, the global economic implications could dramatically offset any savings.

If there’s one thing we can be sure of, it’s that we cannot be sure of anything. The last half decade has proved that the number of factors that go in to predicting the price of oil all but completely prevents analysts’ ability to even remotely accurately predict the future.

Now is the time for manufacturers to double down on flexible, dynamic freight plans that will be able to react when the time of “cheap oil” inevitably returns to the time of “tight oil”. As US shale oil producers run out of “easy access” oil in the midwest, the price of extraction is going to go up, and with it the price per barrel.  Combine that with the inevitable consolidation of the oil boom in the Midwest as the price per barrel of crude oil falls below small-firm extraction projects’ breakeven point, and the result is a high oil price cocktail.

As long term contingency freight logistics plans should account for oil prices to snap back to over $100 per barrel when the oil rush in the Midwest dries up, OPEC continues to bully markets around, and the market reacts accordingly.