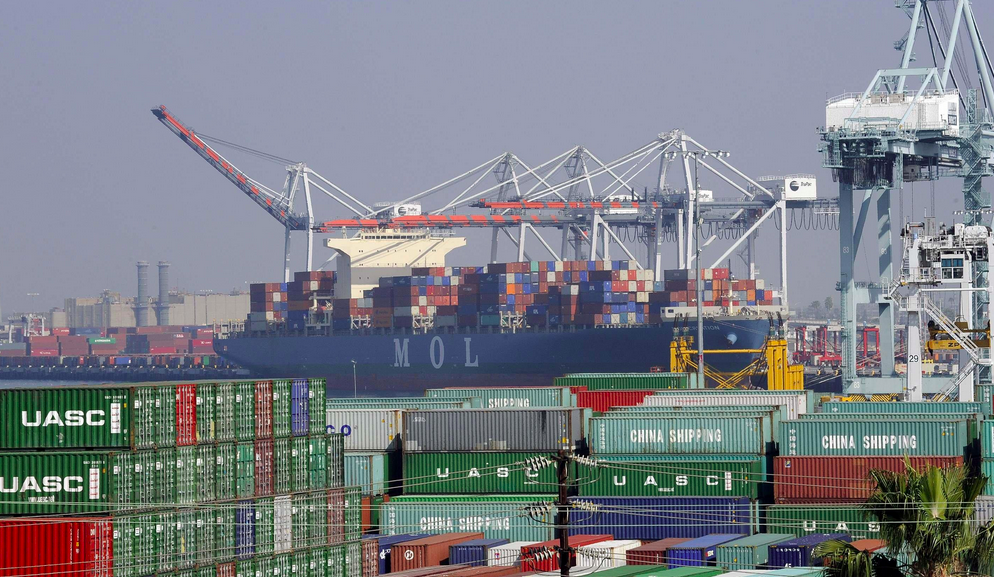 The ports of Long Beach and Los Angeles continue to deal with the after-effects of February’s total port shutdowns, reporting mixed container volume growth for April. Long Beach managed to continuing an upwards trend, posting a modest 7.9% increase in total containers handled over April of last year. Those results present a sharp contrast to Los Angeles, which posted a 6.5% decrease in containers handled compared to last April. Both ports failed to keep up with the near-record-setting volume of containers the complex handled in March earlier this year.

Port of Los Angeles spokesman Phillip Sanfield claims that year-to-date shipping volumes have likely dropped off because cargo ships have not returned to normal schedules after February’s delays.Sanfield laments that, “In March, a lot of the ships unloaded here and went back to Asia and didn’t get back to their routine rotations.”

While a complete return to normalcy will likely take a few more months, it is clear that the ports have made some progress. At the peak of congestion at the port, 31 container vessels sat anchored outside of the Southern California docks. After months of chipping away at the backlog, in April the ports saw their first days of 2015 without a vessel waiting at anchor.

While volumes may be lagging at Long Beach and LA, East Coast ports have been flourishing as carriers continue to divert shipments away from the West Coast. The Port of Savannah has been the largest benefactor of the diversions so far. The fourth-busiest container port in the nation handled a total of 335,337 twenty-foot equivalents in April alone—a 25.8 percent increase over April 2014. In the first four months of 2015 the Georgia seaport has posted a 34% increase in year-over-year container imports to 529,270 TEUs.  In addition to the Port of Savannah, the ports of Mobile, New Orleans, and Houston have all seen year-to-date port volumes jump more than 28% compared to 2014.

As a result, the West Coast ports’ share of total U.S. container imports has shrunk from 54% to 49% in the first quarter of 2015. Over that same period, East Coast ports expanded their share from 40% to 44%. The rapid increase in containers has been met by the East Coast with mixed results. Major headaches and backups have been reported at the NY-NJ complex while others, like Savannah, have been quick to capitalize.

Even before February’s shutdowns, the West Coast’s share of total US container volume has steadily been declining for years; the shutdown could be viewed as only expediting an inevitable shift away from the West Coast. Shipping companies are redoubling efforts to diversify their route offerings to better mitigate the effects of future congestion catastrophes like the West Coast port shut downs. Improvements to the infrastructure of East Coast ports and the opening of the Panama Canal expansion in 2016 will also make moves away from the west more viable. As these improvements and changes are implemented, the complete West Coast port shut downs of February 2015 might be looked back on as a watershed moment for freight transportation in the United States as West Coast ports continue to see their share of the US freight pie dwindle.