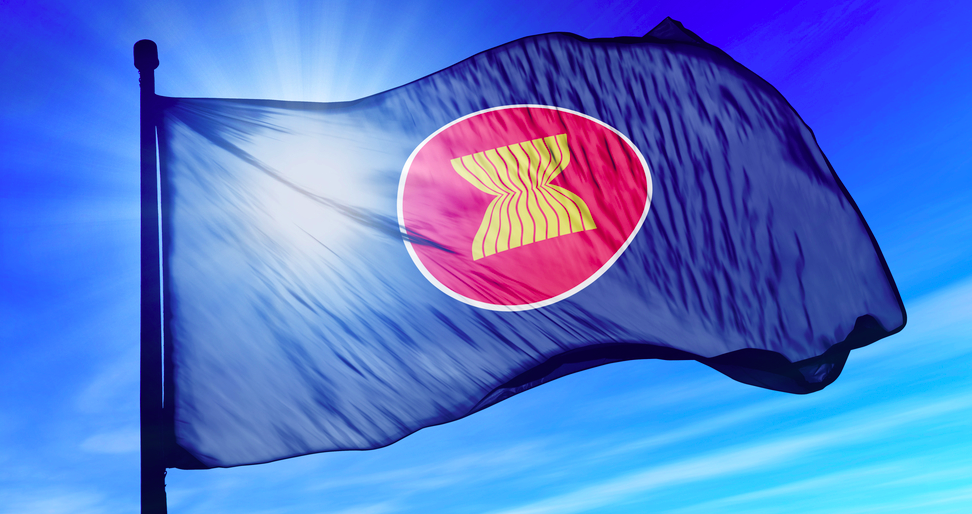 After falling for 7 straight months, China’s Manufacturing Purchasing Managers Index (PMI), generally considered a barometer for manufacturing growth in the country, finally rebounded this February. China’s Manufacturing PMI has been struggling on the back of volatile exports and weak domestic consumption as the nation works to shift from an export to a consumption-based economy.  Though the rebound may signal more good things to come, the majority of companies feeling the positive effects so far appear to be state-owned operations and those waiting for government contracts. There’s little indication that private and foreign companies are feeling any less pressure as China’s policies continue to push domestic consumption, resulting in a wash of adverse affects for foreign manufacturers including rising labor rates and increased transportation costs. Though China remains the global leader in manufacturing output, over the last half decade the nation’s growing downside has prompted many foreign manufacturers to cast their gaze towards greener (and less expensive) pastures.

As supply chains begin to set up operations outside of China, many countries have experienced renewed global interest in their manufacturing capacities, with Mexico in particular becoming popular with supply chains looking to serve North American markets and reduce their total landed cost of goods.  As supply chains are becoming more sophisticated, an increasing number of companies are learning from the successes of Mexico and moving towards this practice of “rightshoring”: implementing manufacturing solutions tailored specifically to the needs of their supply chains rather than focusing on a single factor like lower labor costs or market proximity.

This increased adoption of “rightshoring” has also reinvigorated global interest in the manufacturing markets of the members of the Association for Southeast Asian Nations (ASEAN), whose member states include Vietnam, Singapore, Malaysia, and Thailand. In 2014 the region benefitted from nearly $130 Billion in FDI—surpassing China for the second straight year—and now houses the 7th highest concentration of the world’s largest companies, ahead of Australia and just behind France.  The question of which ASEAN country will emerge preeminent remains to be answered. 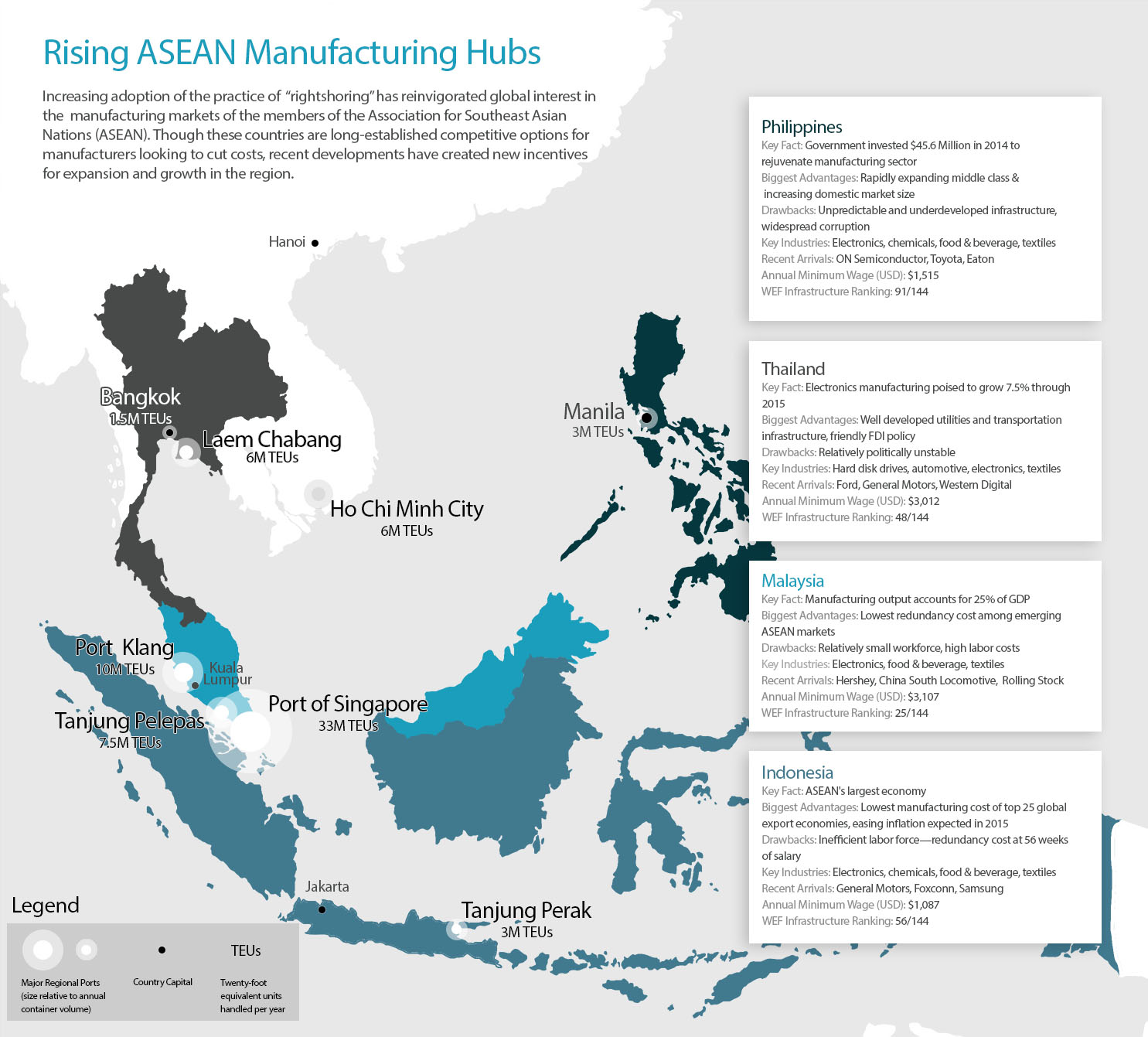 Rising minimum wages in China have opened the window wider for ASEAN countries to swipe business. Though minimum wages are set by provincial governments, uniformly raising the minimum wage across all of China was revealed as a central pillar of the national urbanization plan the Chinese government unveiled last year. In response 16 of the 32 provinces in the country, including all provinces located on the nation’s east coast, raised their minimum wage, some provinces by as much as 22%. Guangdong, home to the major manufacturing hub of Shenzhen, saw wages rise as much as 17%. As manufacturers are priced out of China, many are opting to set up shop in ASEAN nations, where minimum wages are half those found in China.

To take advantage of this opportunity ASEAN countries voted in 2007 to accelerate the implementation of ASEAN Economic Community (ACE) standards, a multilateral agreement by ASEAN states to encourage the free flow of goods, services, labor, and investment, with targeted completion this year. ACE standards will take advantage of the already low or non-existent trade tariffs between ASEAN countries and have the potential to create fully integrated supply and value chains that span the entire region.  When the goals of the ACE are completed, according to a study by the  McKinsey Global Institute (MGI), market harmonization and streamlined supply chains are predicted to reduce base manufacturing costs in the region by as much as 20%.

Another avenue for potential cost cutting is introducing modern manufacturing and logistics technologies into ASEAN supply chains. ASEAN countries have chronically lagged behind in adopting disruptive technologies, costing billions of dollars in redundancies and inefficiencies.  However according to a recent IDC report, the ASEAN manufacturing sector is beginning to realize the importance of adopting what the IDC calls “Innovation Accelerators”: cloud computing and storage, Big Data analytics, and social media technology. Adopting these disruptive technologies will allow ASEAN manufacturers to monitor supply chains at unprecedented levels of granularity enabling tighter inventory control and heightened production capacity. The higher profit margins and lower costs brought on by this disruptive technology could produce an estimated total of $25 to $45 Billion in economic impact in the ASEAN region by 2030 according to a 2014 study conducted by MGI.

Catering to foreign manufacturers is old hat for some ASEAN countries like Vietnam, which plays host to factories for Nike, Ford, Samsung, and Apple. Others are just beginning to position themselves as viable locales for low-cost manufacturing projects. Here’s a snapshot of four of the fastest growing countries in the region:

Several industries, like the food and beverage industry, are already beginning to embrace the potential of the reinvigorated ASEAN economies. While some will be able to take advantage of the cost-saving upsides of these markets, they should not be considered a one-stop-shop for lowering the total landed costs of all supply chains. The mercurial nature of ASEAN politics and their distance from North American and European markets, among other aspects, will continue to make the region’s markets less attractive for some supply chains. Nevertheless, “Rightshoring” and comprehensive supply chain optimization practices will continue to grow in popularity as companies ditch easy, short-sighted solutions for long-term, sustainable manufacturing projects.