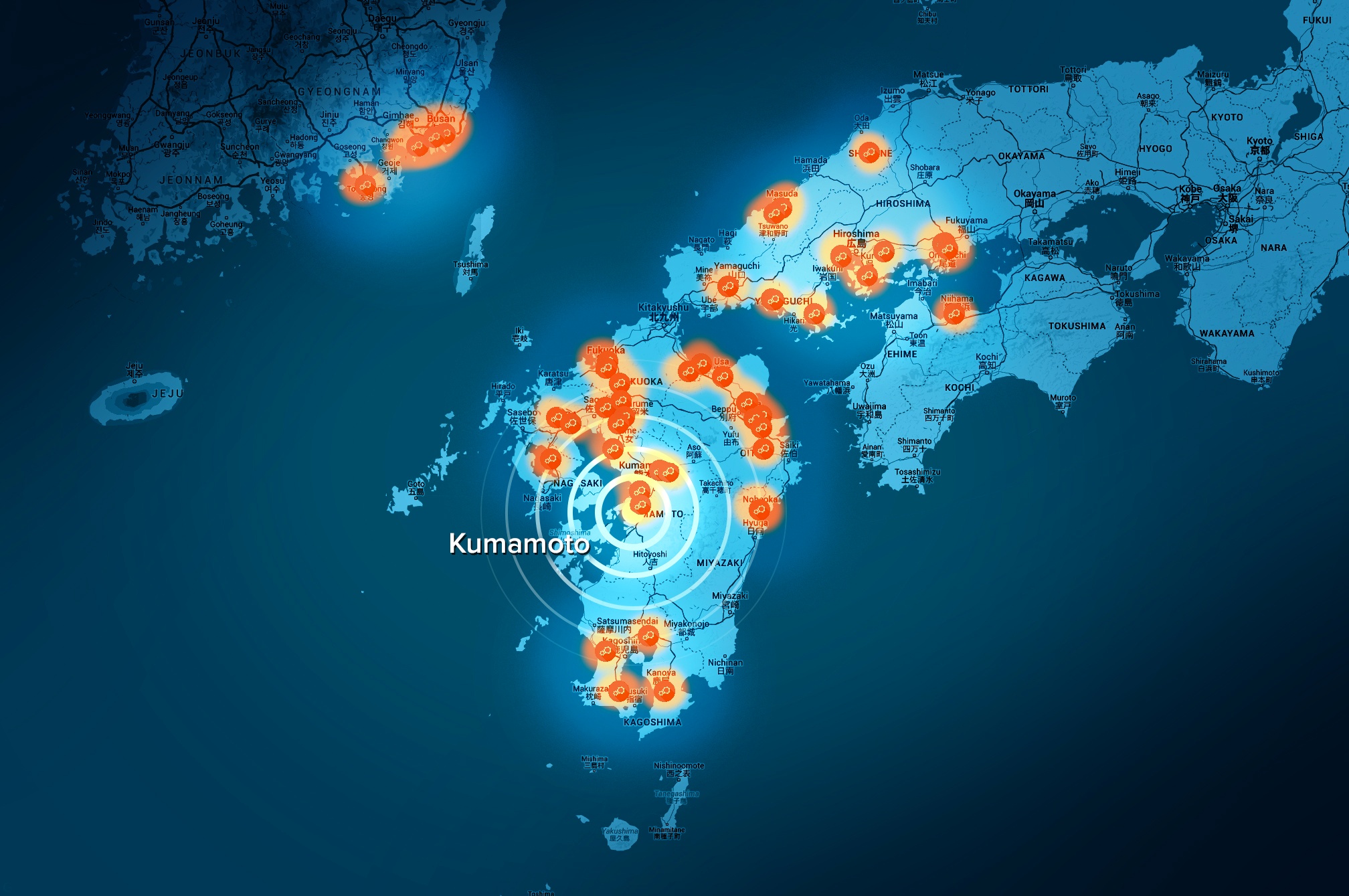 Consumer electronics could be facing months of supply chain disruptions after the Kumamoto quakes rattled manufacturers in Southern Japan.

A 7.3 tremor struck the industry-heavy region of Kumamoto, in southern Japan, early Saturday morning. Just two days earlier, a 6.4-magnitude shake rattled the same area, killing nine, injuring thousands, and shutting down industries. Communities are threatened by risks of powerful aftershocks, and many have had to evacuate buildings after structural damage. In some areas, residents have chosen to sleep on the street rather than return to their homes.

The big supply chain issue? The popularity of semiconductor and other electronics producers in the region, whose fragile manufacturing process could have been critically damaged by the quakes.

As aftershocks continue to devastate the region, companies across the globe are holding their breaths in anticipation of a conclusive damage report. Our take: Don’t wait around. Act now to secure your supply and mitigate losses.

Kyushu, the southern island where Kumamoto Prefecture sits, is nicknamed “Silicon Island” because of its wealth of tech manufacturing. The island produces about 25 percent of Japan’s semiconductors—so if your company relies on electronics parts, specifically semiconductors, now is the time to act.

1. Supplier outreach: After natural disasters and crises occur, suppliers get inundated with requests for status updates from their customers. If your organization waits on communication—or even sends out multiple, disjointed requests—your messages could get lost in the crowds. We suggest an organized effort to reach out to suppliers as quickly as possible. Divide up contact responsibilities to ensure that your team is covering all suppliers—especially the often-overlooked tier 2+ suppliers.

2. Communication tools: It’s easy for different teams across a supply chain org to get tangled in a web of disparate email threads, news articles, and status checks. In these types of disasters, a mechanism that will allow for free flow of real-time information across your supply chain in an organized manner is essential. In emergencies, transparency is a powerful guard against disruptions—it can be achieved by opening up communication channels to everyone involved and setting clear guidelines for individual responsibility.

3. Impacts to parts: Given the scale of events, there are going to be unavoidable disruptions—the key is to minimize the impact to your company. It can take days or weeks for your team to figure out each product and part that is impacted. Instead, it might be more efficient to figure out which parts have the most product and customer impact—especially sole-sourced parts—and prioritize securing those against further disruptions. After events like this, we will likely see capacity constraints, both from halted transportation and a flood of new orders to undamaged suppliers.