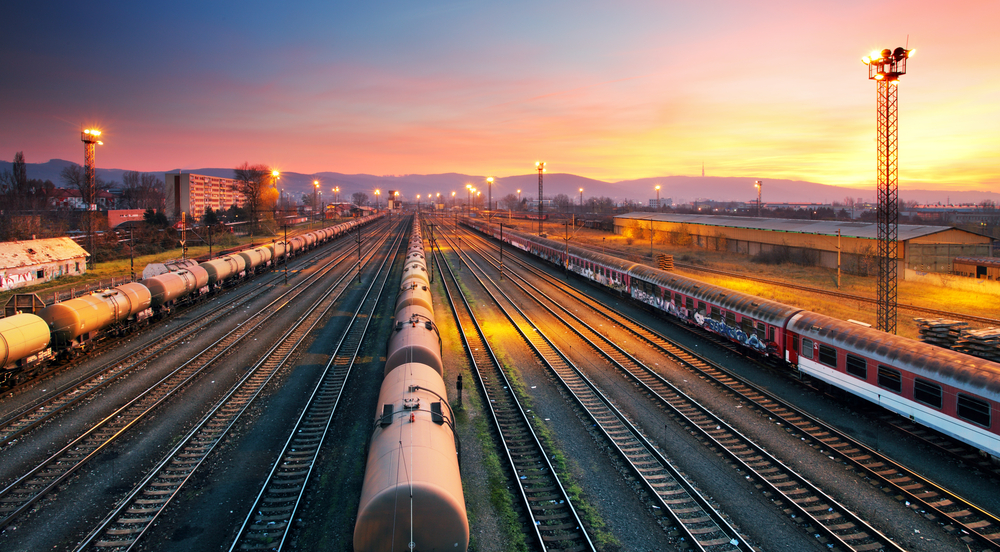 Last month, the Supreme Court sided with Amtrak in its dispute with freight rail providers, ruling that passenger trains take priority over rail freight on the nation’s train tracks. The decision is indicative of the increase in volume that US freight rail has experienced over the last several years, and how that growth is pushing the nation’s railroads to their limits.

A 2007 report by the Association of American Railroads (AAR) predicted that more than half of primary corridor mileage in the US—the lines that connect the nation’s most important transport hubs—would be operating at or above capacity by 2035. According to the report, such a level of congestion would “affect nearly every region of the country and would likely shut down the national rail network.” The AAR proposed that the infrastructure investment required to prevent freight rail lines from being completely crippled would cost $150 billion over the next two decades.

Since that report was released, American railroads have been experiencing record growth. Total rail freight traffic in 2014 grew 4.5% over 2013, and posted the highest annual total volume since 2007. Intermodal rail volume also grew in 2014, up 5.2% and exceeding the previous record  set in 2013.

Several proposed government policies threaten to impact freight rail companies’ revenues and jeopardize their capacity to implement infrastructure improvements. Two of the most pertinent pieces of legislation involve open rail access, which could potentially remove fees that rail companies pay to access competitors’ tracks, and adjusting the revenue adequacy standards—which require rail operators to maintain an appropriate ratio of revenue to operating costs. According to Jack Koraleski, CEO of Union Pacific Railroad, the latter, “will reduce much needed infrastructure investments to support future freight transportation growth.” If passed, adjustments to revenue adequacy standards would almost certainly cause rail freight rates to rise more so than already anticipated, so that railroads can keep pace with much needed track maintenance.

The resurgence of US oil production is playing a major part in the resurgence of rail freight volume. American oil companies are producing more oil to ship by rail than ever before. In 2008, US freight railroads delivered just 9,500 carloads of crude oil; in 2014 railroads delivered an astonishing 500,000 carloads. The oil glut isn’t just providing extra freight for railroads—record low diesel prices mean it’s also costing less to move the additional volume. In fact, Florida based Class I carrier CSX managed to save $63 million in 2014 directly attributable to the fall in gas prices.

Unfortunately for railroads, transporting larger volumes of crude oil by rail has drawn the attention of regulators concerned about the dangers of transporting hazardous materials near heavily populated areas. The average population density around high crude volume rail lines is 283 people per square kilometer, a number that peaks in Chicago where trainyards see upwards of 40 crude oil trains a week.  In 2013, the dangers of hauling crude oil over rail were realized when a train carrying crude oil derailed in the town of Lac-Megantic, Canada—leveling much of the downtown, taking 47 lives, and costing $1.4 billion in damages. Though overall rail accidents have fallen almost 50% since 2000, the US Department of Transportation (DoT) is forecasting an increase in similar “higher consequence” train accidents involving crude oil over the next two decades. The DoT puts the projected cost of those accidents at $6 billion, in addition to hundreds of lives.

Legislation currently aimed at addressing these growing safety issues includes a proposed universal train speed limit; a measure that would certainly worsen already unsustainable freight congestion. A second, much more costly regulation is the 2015 deadline for installation of high-tech systems designed to automatically stop or slow trains and prevent accidents, called positive train control systems (PTCs). These systems are to be implemented on 60,000 miles of rail line, and could potentially prevent incidents involving runaway trains like the tragedy at Lac-Megantic. Industry leaders, however, find meeting the end-of-year deadline for full implementation unlikely. Koraleski claims that, “There is a general understanding in Washington that the 2015 deadline won’t be met, and we are hopeful it will be extended”

2015 will remain a challenging time for supply chains looking to ship over rail.  Rail carriers are already citing a need for more revenue to invest in network capacity improvements to keep up with volume growth as a reason for rate hikes. Analysts from the Logistics Management 2015 Freight Rate Outlook mention that despite the already worsening service and delay times on jammed rails, the system is showing no signs of improvement and rates are continuing to rise. All told, some experts are predicting a 15%-20% increase in rail freight shipping cost over the next three years. Hopefully for the future of US rail infrastructure and the suppy chains that use it, the extra revenue for railroad companies translates to meaningful investments in the quality and maintenance of the US rail systems. Anything less could bring rail freight to a grinding halt.