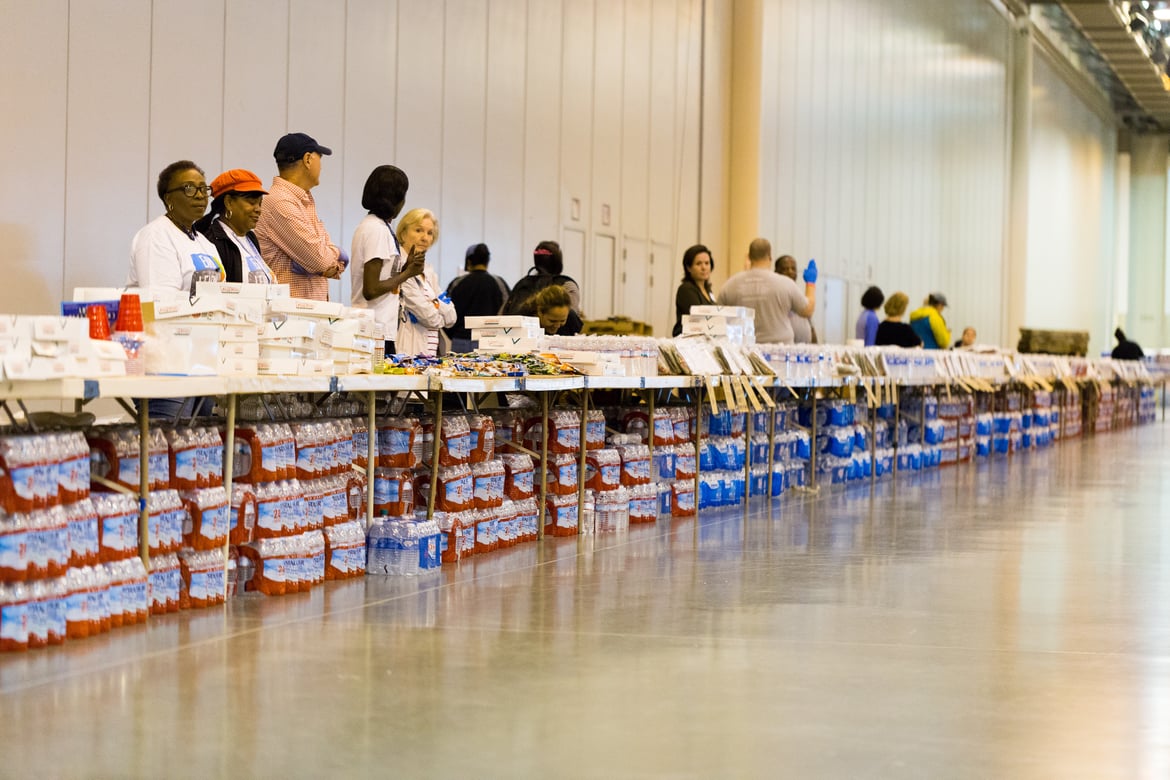 After back-to-back hurricanes Harvey and Irma hit the United States in September, supply stores across the country were put to the test in terms of preparedness and their capacity to recover quickly from the destruction caused by the unusual weather. According to reports, the combined property damages from hurricanes Harvey and Irma ranged from US $150 to $200 billion, ranking among the most expensive disasters in US history. Those numbers don’t even include financial losses calculated from lost output and production stoppages. While these costs may indicate massive operational consequences for normal businesses, supply stores — if properly prepared for the calamity — can truly serve as warehouses of aid and resources in times of disaster.

The First Step is Readiness

A huge part of disaster logistics includes preparing for possible impacts to the supply chain. Successful businesses know how to think ahead, and when it comes to sudden calamities, being able to correctly predict which supplies will be needed most and how much of them will be demanded is of utmost priority. Before the hurricanes made landfall, Home Depot, one of the largest home supply chains in the US, made sure that distribution centers in hurricane-prone locations were sufficiently and timely loaded with the necessary products such as flashlights, batteries, and generators. Lowe’s carefully identified which products would most likely fall into shortage and restocked accordingly. Supermarket chain Publix and retail store Target also launched their restocking operations well ahead of the hurricanes to ensure that their stores perform at full capacity during the stormy season. As such, even if the weather forbids further deliveries, the stores can still be expected to survive up to a certain time period based on pre-stocked products and pre-staged emergency supplies.

Hurricanes Harvey and Irma created major infrastructure damages, causing small businesses to suspend operations or close permanently. However, supply stores have proven to be more resilient, as natural events tend to drive up the costs of some goods due to increasing demand coupled with provisionally shuttered production. The huge amount of rebuilding involved after disasters can be swayed as an incidental plus for supply stores business-wise, especially since home repairs alone should be expected to significantly increase visits to storefronts. Recovery efforts, in general, usually offset the economic disparity brought upon by calamities as the insurance and relief cash received by business and private individuals alike are spent on new purchases of products and materials that boost the country’s GDP and increase businesses’ financial resiliency, given of course that stocks are continuously and successfully replenished to meet the demands.

Preparing for natural disasters should be considered an integral part of their day-to-day business. Technologies today allow businesses to predict possible future risks and put different contingency plans in place. While there is no crystal ball that can tell the future, there are certainly mitigative measures that companies can (and should) put in place. For example, upgraded inventory tracking technology now gives store managers information on when to expect emergency shipments, helping them to minimize losses by being able to re-open selected stores faster than before. In the end, thorough and strategic planning are only as successful as the swift response they enable in times of need or crisis.
inventory management, Incident Management & Collaboration

How to Fix the Supply Chain Talent Shortage

This is a follow-up piece to our previous post, 4 reasons for the supply chain talent shortage.

Every quarter you spend millions chasing better demand forecasts and more accurate supply plans, yet your teams still spend all their time in reactive and costly fire-fighting. Trying to improve supply chain outcomes by investing more in...

Its founder called it the grocery store for “overeducated and underpaid people.” You’ve probably only heard of Trader Joe’s if you have one within a 30-mile radius (or if you have out-of-town friends who rave about it). Ever thought about how...