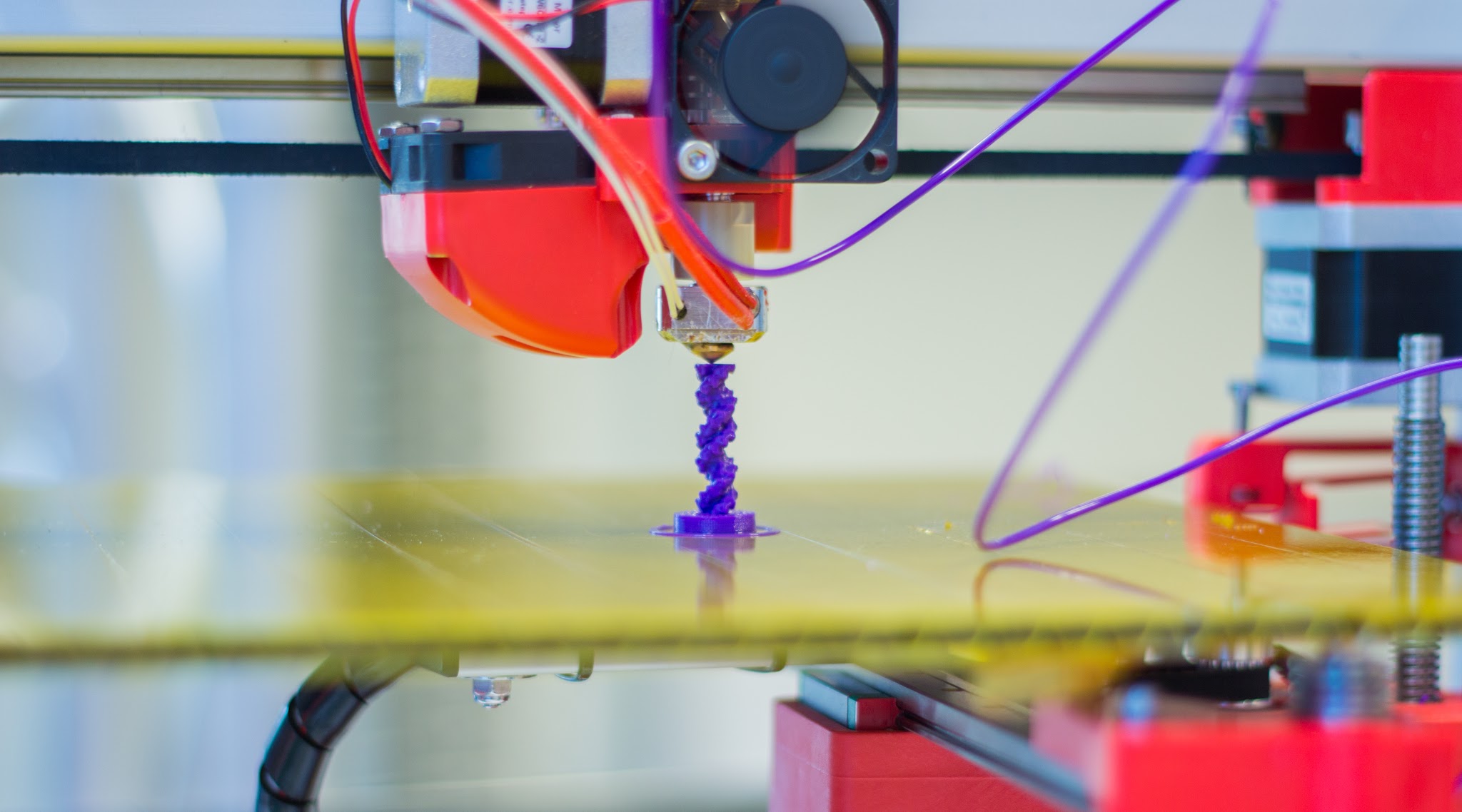 From Paper to Plastic: How 3D Printing Can Change the Global Supply Chain

Last week, an auto startup released a new type of supercar known as “The Blade”. It looks sleek, can accelerate from 0-60mph in just 2.2 seconds, and has already garnered a lot of attention from car enthusiasts. But its most intriguing selling point? It’s entirely 3D-printed. Divergent Microfactories, the company that produces the car, plans to build a limited number of cars and then sell its technologies to other manufacturers, hoping to proliferate the opportunities presented by 3D printing, also known as additive technologies.

Products such as The Blade, built entirely or partially from 3D-printed materials, are cropping up across a wide array of industries. While additive printing is not a new concept, it is changing and expanding, offering manufacturers more and more possibilities. Analysts predict that the 3D printing industry will have a market of $16.2 billion by 2018. Looking forward, it’s a trend that could drastically impact the global supply chain as we know it.

When it comes to the manufacturing process, 3D printing opens doors for creativity and fast turnaround. A quick prototype now takes a short while to create, with less of the room  for error that comes with traditional manufacturing and more consistent quality of materials and production. Printers are getting compact, meaning that a product designer can whip up a customized object with ease –  NASA astronauts use 3D printers on the  International Space Station. What that translates to is an improvement on innovative ideas and implementations. One of the main drawbacks of innovation in hardware and products is the problem of turnaround. It usually takes a long time to develop and build the prototype for a new product; with 3D printing, a designer can iterate rapidly, coming up with new features or aspects of a product with ease. So 3D printing can drastically improve innovation. What about manufacturing, though?

Many supply chain headaches come from small, custom parts that manufacturers usually rely on a few suppliers to provide. These parts can be a hassle to obtain, since they often come from far away warehouses spanning the globe. With a 3D printer, however, manufacturers can produce those parts onsite, on demand, with no need to wait for shipping. This ability will prove especially useful as congestion from transportation issues increases. Indeed, if 3D printing continues to be rapidly adopted, domestic manufacturing costs are likely to decrease.Manufacturers will not need to outsource their production, reducing travel costs and environmental impact.

In a recent survey by PWC, 30% of manufacturers believe that 3D printing could restructure the global supply chain. While it may take a while for the entire supply chain to be drastically altered, 3D printing has already begun shifting certain aspects of supply chains in multiple industries. Take medical devices, for example: devices that require a large amount of customization, such as hearing aids, are now being produced quickly and with lower cost Prior to 3D printing, manufacturers needed to produce goods in bulk to reduce overhead. Now, customized products can be manufactured at scale, giving customers more choice while saving in manufacturing costs.

Because 3D printing is a relatively young technology, there are a few drawbacks that need to be addressed before it can become as widely used as its potential allows. Namely, 3D printers waste a considerable amount of energy – 50 to 100 times more than injection molding on products of the same weight. That energy expenditure means that 3D printers are great for small batch printing, but are too costly for large-scale manufacturing ventures. In addition, the fumes from 3D printers contribute to air pollution and can pose a health risk to those who inhale released particles. Melting plastic, it turns out, isn’t the most eco-friendly process. However, many have raised the point that manufacturing and transport contribute to a lot of pollution, and, especially when it comes to small parts production, the emissions from a 3D printer are negligible in comparison. On the creative side of things, manufacturers have raised issue with potential IP problems. It’s relatively easy to make copies of something produced on a 3D printer, and many foresee a rise in black market products. Analyst group Gartner predicts that 3D printing will cost $100 billion per year in IP infringement.

So while 3D printing may not be ready to completely change the supply chain quite yet, it has certainly begun to shake things up. Manufacturers can easily save money and boost their customer base by offering customized goods and choosing to 3D-print small or rare parts. Think about how many “weak links” in supply chains could be strengthened or eliminated with the ability to print missing parts in-house. Or consider the possibilities of dreaming up a new type of product, building a mockup, and testing it all in the same day, no matter how complex. Additive printing opens up a world of innovation and expedited manufacturing for almost every industry. Now’s a good time to hop on that (3D-printed) bandwagon.
Industry News

The Supply Chain of the Global Sugar Glut

From Projected Deficit to Record Surplus

In October of 2014, the world’s five year sugar surplus looked to be in danger. Unprecedented drought conditions in Brazil—the world's largest producer of sugar—were projected to reduce the country’s...

Digital transformation involves the strategic overhaul of business activities, processes, competencies, and models to fully leverage the opportunities made available by new technologies. Two cutting-edge technologies being implemented today are...