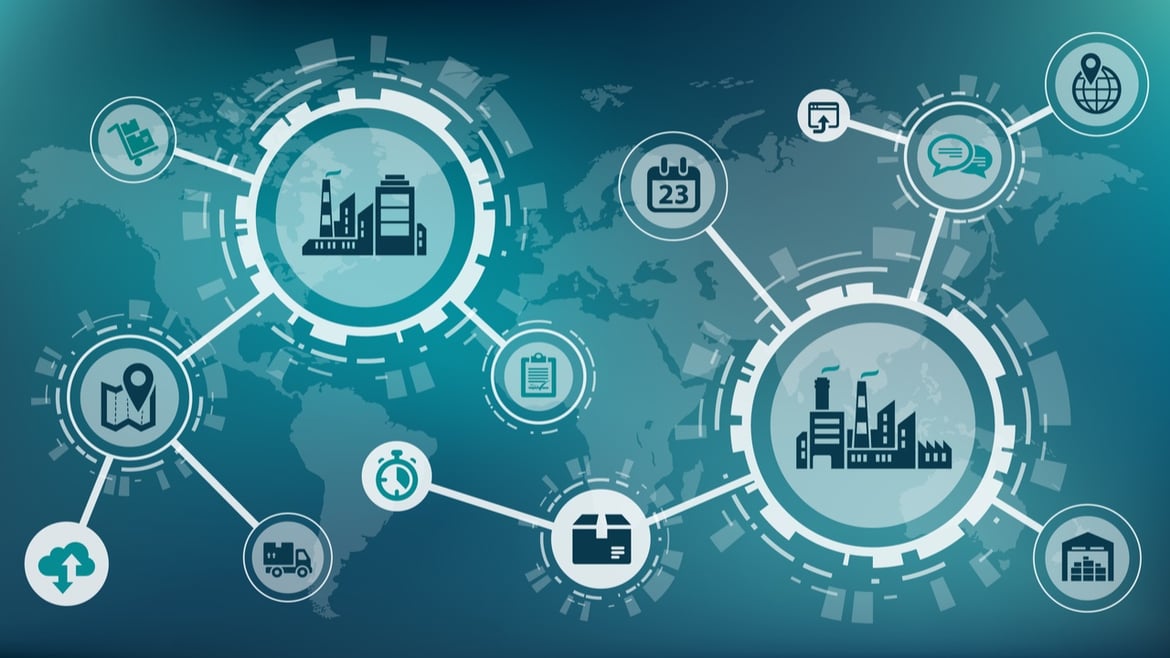 Elementum Reports: The Most Transformative Supply Chain Technologies of the Year (So Far)

At the start of 2018, we predicted the trends and technologies that would have the greatest impact on the global supply chain. And as the year speeds into its second half and supply chains hurry to catch up with it, companies are continuously reshaping their business models to meet the digital revolution head-on. How did our list measure up to current trends?

Successful companies continuously abandon traditional methods that lack flexibility, replacing them with systems that enable real-time action. For supply chain, this has meant a large-scale migration to the cloud. Global energy and automation solutions provider, Schneider Electric, sees this move as a foundation of “eco-structure” — the key to a flexible exchange of information across the end-to-end supply chain. Stuart Whiting, the company’s senior vice president for logistics and network design, says that on-premise and traditional platforms had proved expensive to maintain and update. “We wanted to freely share and exchange data to become more agile and responsive, and get visibility to what was happening upstream and downstream with supply and demand,” he says.


Competition among cloud management vendors has also surged as companies large and small look for solutions to simplify their operations. According to Synergy Research Group, the market has almost tripled in size since late 2016, with spending on cloud infrastructure services rising 51% from the first quarter of 2017.

The Era of Blockchain

Blockchain, the technology underlying cryptocurrencies, made huge waves last year. It’s no wonder we listed it as our #2 most influential supply chain trend for 2018. And the buzz around blockchain has only grown louder since then.


The financial industry is not the only one benefiting. Information services, real estate, retail, fashion, and law, are just some of the industries banking on blockchain. As more companies become transformed by digitalization, blockchain could fundamentally alter the way things like tracking and transparency work. IBM, for instance, is partnering with nine food suppliers and retailers including Walmart, Unilever, Nestlé, and Dole, to maintain secure digital records and improve the traceability of their food products. This could mean that all information about the origin and quality of foods will be available to all growers, suppliers, processors, distributors, retailers, regulators, and consumers. Walmart’s Frank Yiannas, vice president of food safety, refers to this technology as the equivalent of FedEx tracking for food: “You’re capturing real-time data at every point, on every single food product.”


The role of blockchain technology in pharmaceuticals has also been a hot topic. Recently, global pharmaceutical giant Merck filed a patent to use a blockchain solution for ensuring the authenticity of its products —  a way to fight counterfeit drugs in the supply chain. Merck claims that the technology “enables a secure, reliable storage of the reading results with very high data integrity, such that it is essentially impossible to manipulate or erase or otherwise taper with or lose such data, e.g. due to unintended or deliberate deletion or due to data corruption.”

The global autonomous truck market is forecast to have fast growth through 2019 due to the enduring labor shortage faced by the transport industry. As stated by Chris Spear, CEO of the American Trucking Association, there is a scarcity of 50,000 drivers that will most likely double in the next five years. It’s easy to see how how driverless trucks could be a boon, rather than a threat, to the logistics labor force.


Classic car makers and startups alike are making autonomous trucks a reality. On October 2017, Uber acquired Otto for $680M, which performed the world's first shipment by a self-driving truck. Although the trials have since been put on hold due to an accident, in March 2018 Uber began using its self-driving trucks to ship freight regularly in Arizona. The company says its autonomous trucks have driven a collective two million miles since these first tests. Tesla, Waymo, Volvo, and Daimler, among others, have also set their vision on the road ahead. These companies are developing and testing self-driving trucks that will provide numerous advantages for operators — proof autonomy is a trend that has only just begun to transform the way logistics run.

As predicted, 2018 is turning out to be a year of major supply chain disruption. Those mentioned above, as well as other innovations including artificial intelligence, automated robots, track and trace technologies and more, will relentlessly transform supply chains, making them smarter and more efficient. The horse whose back all of these new technologies are riding on is digital transformation. As we move towards 2019, the greatest challenge — and opportunity — facing companies won’t be how quickly they can adopt the hottest new technology. It will be how prepared they are to fight “tradition” and other forces of inefficiency, to build a truly successful digital strategy into their operations.


For more on how companies can meet the call for digitization, read “The Visceral Fortitude Required to Digitize Your Operations.”

What's wrong with our nation's infrastructure, and can Congress fix the problems before time (and money) run out?

Read more
What is Elementum News?

Welcome to Elementum News! Wondering what we're all about? Check out this infographic, which explains why Elementum News is the best resource for your supply chain and logistics news.