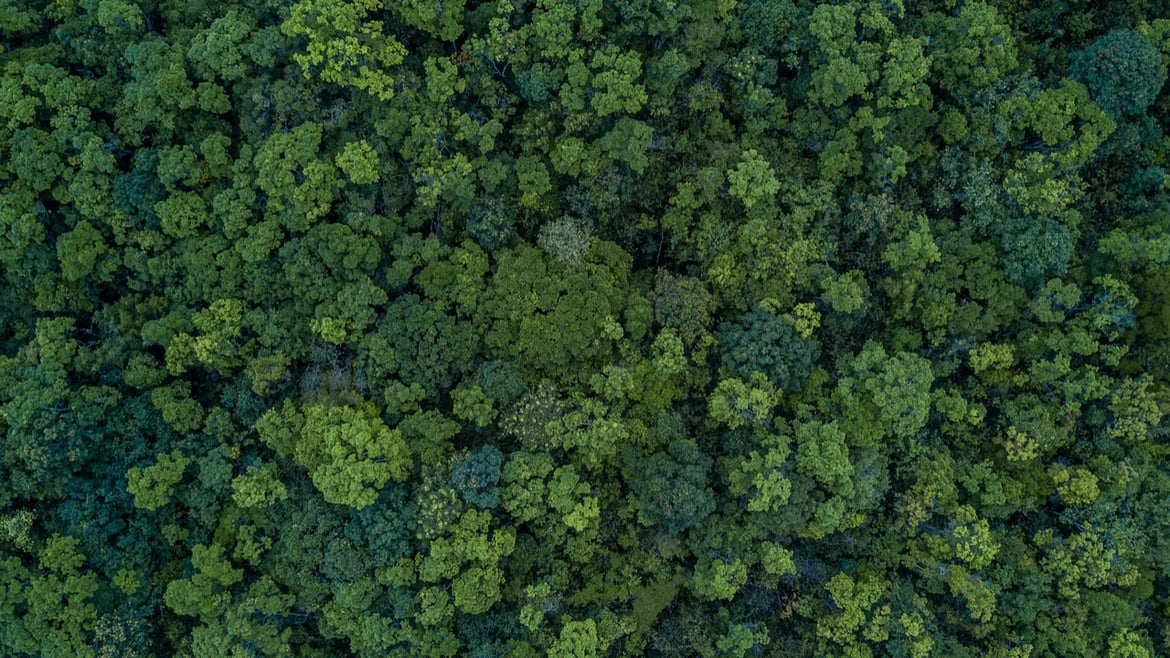 Cutting Down Deforestation in Supply Chains

We all depend on products like these that are sourced from around the world. But more and more, we're also facing the consequences of a supply chain where transparency gets lost in a confusing network of suppliers. Think conflict minerals or labor standards—two slippery issues that become even more complex when you realize that even the biggest companies can’t properly monitor what goes on in their supply chain.

Because of its visible impact around the world, deforestation is yet another hot-button issue for modern supply chains. Hundreds of global brands have made “zero deforestation” pledges. We're taking a look at how their efforts stack up, and offering a few tips to help root out deforestation for good.

What is Deforestation (And Why Are So Many Supply Chains Guilty of It)?

Since trees are natural absorbers of carbon, healthy forests are a powerful ally in the fight against climate change. Forests are hotbeds of biological diversity as well as homes to many of the world’s cultures. There’s no argument that companies sourcing materials from forested land should do so responsibly.

But deeply entrenched practices in the supply chain have led to a disconnect between aspiration and reality; while many companies are genuinely striving to “green”ify their brand, they lack the visibility and control over their supply chain to see that promise through. In 2017 447 companies had made public commitments to limit forest destruction in supply chains linked to palm oil, soy, timber, pulp, and cattle. But a recent report by Oxfam suggested that not enough of these commitments are being turned into tangible policies.

Part of the reason why is that operations between different supply chain parts are (unintentionally) siloed and run almost independently of one another. Communicating and enforcing standards thus becomes a nightmare. And subcontractors often sign separate agreements with third party suppliers, making deforestation even harder to track. According to The Guardian, companies “do a good job of tracing supply from refineries to mills to plantations, but face difficulties in tracing smaller, third party suppliers since they are often linked to the market through intermediaries.” Many of these suppliers are simply acting on economic incentives, optimizing land by clearing forests in a way that’s unsustainable and prevents healthy tree regeneration. The results include clearcutting, soil depletion, and pollution of water resources.

How to Cut Out Deforestation

Push the needle on transparency and traceability

To turn their promises into policies consumers can trust, companies need to push for transparency across their operations—down to the smallest third party supplier. This can include providing a list of all suppliers to the public, but to truly be effective it requires building open communication and regular—not just yearly or quarterly—updates into your global operations. Promoting greater ownership of zero deforestation initiatives can also help build transparency from the inside out; link sourcing commitments to performance evaluations for procurement executives and other key decision makers.


Work with the public sector

NGOs should be seen as valuable allies that can help align your supply chain on a long-term sustainability framework. Programs like the World Cocoa Foundation and Climate Focus help companies identify weak links in their supply chain and advise on how to address them. But for that to be possible, businesses have to be willing to be transparent about who they work with.

There’s no better way to get serious about deforestation in your supplier network than to view it as a liability to your bottom line. Incorporate due diligence on human rights, community building, and sustainability into any risk assessment program. Oxfam emphasizes deepening supplier engagement across both direct and indirect suppliers. This requires breaking down operational silos to establish healthy communication channels. It also requires treating suppliers as partners in every sense of the word, admitting your dependence on them and resisting the tendency to squeeze them for cost savings.

Single suppliers often supply multiple companies. It can therefore be helpful to partner with other companies who rely on your suppliers to implement sustainability programs. This isn’t just good for the environment. Because companies work with other supply chains to uplift smaller suppliers and their communities rather than abandoning them because they don’t meet a certain standard, this solution is also socially responsible. Think the idea of partnering with potential competitors sounds far-fetched? Last March, 12 leading cocoa companies partnered together to end deforestation in their supply chain.

Read more
In Chains: How to Approach Human Trafficking in your Supply Chain

Are You Linked to Forced Labor?

It’s a problem the Atlantic suggested is “too massive to solve”, and its survivors provide nightmarish evidence of the dark side of global commerce. Human trafficking – the recruitment of workers by means of force...

Read more
Supply Chains are Okay…But for How Long?

When COVID-19 arrived in the U.S. in March, people experienced first-hand the fallout of poorly designed supply chains. The stockpiling engaged in by both homes and shopping outlets made headlines, while shortages of critical items—like PPE and...