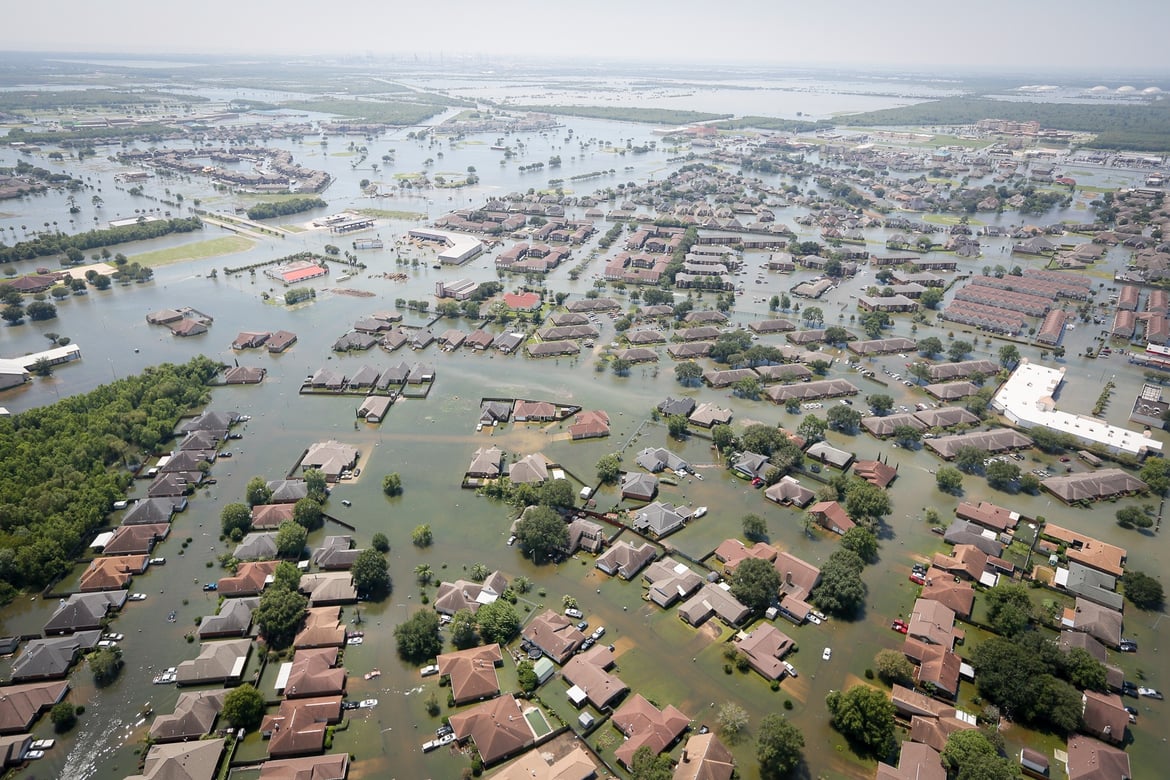 Climate Change and the Supply Chain

As climate change risks grow — rising sea levels, change in precipitation patterns, extreme droughts and heat waves, and intensification of hurricane events — global supply chains are vulnerable to major disruptions. In consideration of this new reality, there are some mitigative measures companies can take to make disasters less costly.

2017 was catastrophic in terms of natural disasters, particularly hurricanes; in August, Hurricane Harvey devastated parts of coastal Texas and prompted the shutdown of several ports and petrochemical complexes in the region. Typhoon Hato, on the other hand, destroyed structures and shut down several ports and financial hubs in Hong Kong, Macau, and southeastern China. In September, Hurricane Irma caused flooding and the closure of several logistics hubs in Florida, while Hurricane Maria brought strong winds that destroyed almost all facilities and knocked out electricity across Puerto Rico. Economists have cited how Irma and Harvey could have long-term repercussions on the American economy, while scientists have expressed concern about the rampant formation of Category 5 storms across the world. According to statistics, only 33 Category 5 hurricanes formed in the Atlantic since 1851; 11 of these formed within the last 14 years. Meteorologists have pressed that there's one common factor that contributed to the formation of these monster storms that have killed hundreds and destroyed thousands of structures: climate change.

Several companies and ports have pledged to address the phenomenon through the use of more environment-friendly materials, reducing emissions and investing in clean-air technologies, among others. For one, 1,200 companies around the world, including General Motors, Shell, Unilever, and Microsoft, have embraced the concept of carbon pricing; a value of one dollar is assigned for every ton of carbon dioxide that a company emits to the atmosphere. This would encourage companies to reduce their carbon footprint, as more emissions mean higher expenses. Pressure from investors who are also environmental activists also contribute to these corporate decisions. Apple is also one of the largest companies that are committed to fight climate change. They already had three solar farms in North Carolina and Nevada before they partnered with First Solar in 2015 to build another solar farm in California. The energy that they will receive will eventually be used to power Apple headquarters and stores within the state. They established the subsidiary Apple Energy in 2016 to sell their excess solar power.

Meanwhile, several ports in the USA, such as the Port of Long Beach and the Port of Los Angeles, have also enacted similar measures through building zero-emissions terminals and using alternative sources of energy for cargo handling.

In 2015, 154 companies signed the American Business Act on Climate Pledge under the Obama administration. The pledge was a commitment to support the UN’s Paris Climate Agreement — a global action plan to combat climate change starting in 2020. Last year the Trump administration pulled out of the Paris Agreement and issued an executive order to undo the Clean Power Plan. But because the price of clean energy is continuing to drop relative to fossil fuel, and given that tax credits for sustainable energy use remain in place, it’s unlikely that clean energy initiatives will be drastically impacted.

Unpredictable weather events caused by climate change don’t just affect the transport of goods. They can impede availability of raw materials as well. One way for businesses to avoid raw material shortages is to diversify their raw material sources and re-zone production facilities. Vet locations thoroughly before setting up warehouses and factories and be aware of their vulnerability to climate change events in the long term. Getting access to real-time news about supply chain impacts, especially weather events, is another way to mitigate the effects of climate change. Updates like these will help supply chain planners react fast to control (or contain) any situation that might put their supply chain at risk.

The impact of COVID-19 has caused the world to realize what many operators have known for a while: supply chains are running at a distinct disadvantage. Globalization and the ever-increasing need for profitability have caused companies to live by...