Hong Kong's Fight and the Supply Chain at Risk | Elementum 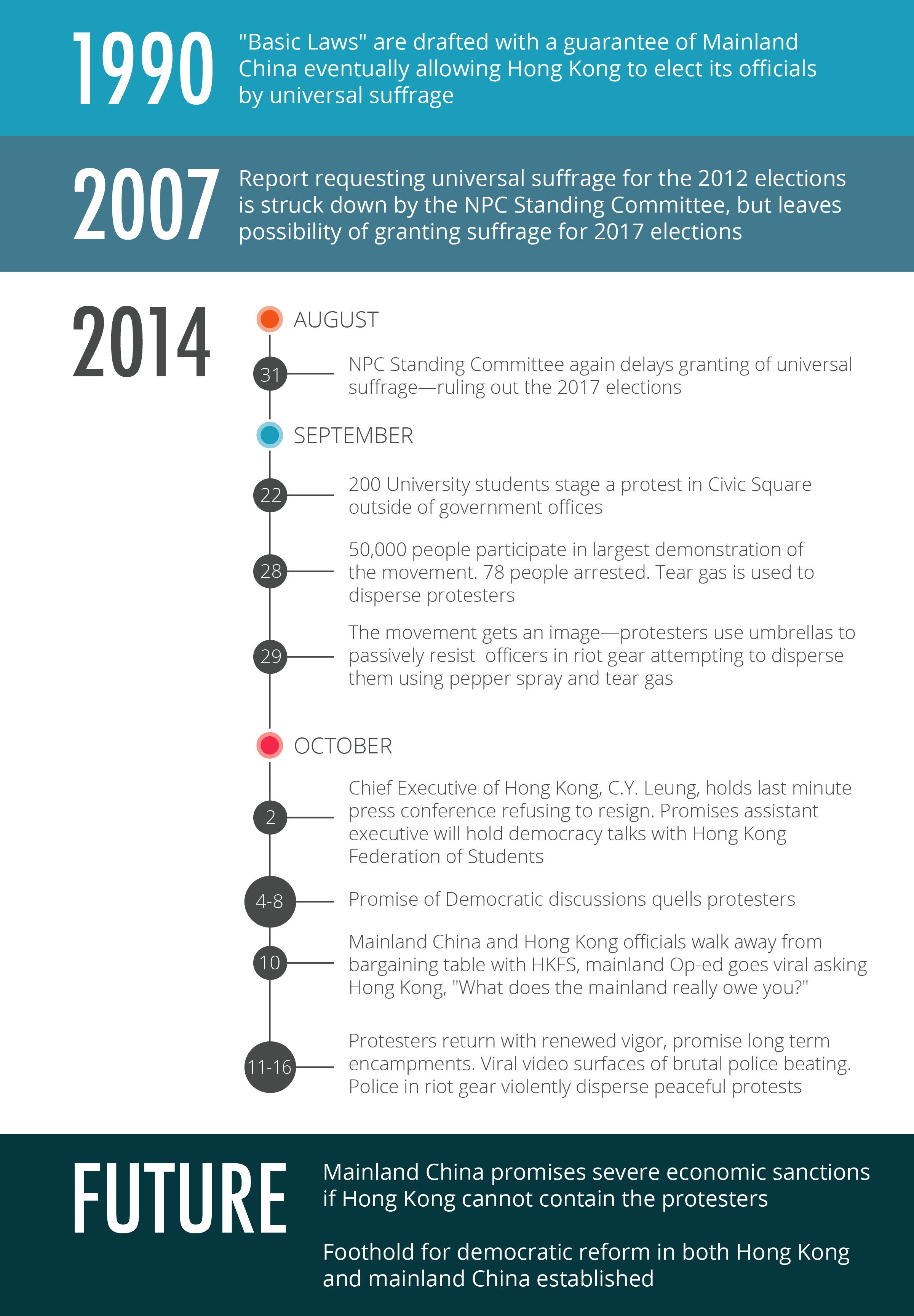 Hong Kong’s Fight and the Supply Chain at Risk

Hong Kong’s inability to reign in protestors may force Mainland China into placing economic sanctions on the island, causing a domino effect on the world’s supply chain.

On August 31st of this year, the Mainland China Standing Committee ruled to delay granting citizens of Hong Kong the right to directly elect its government officials. Voters will be allowed to vote on officials—but only from a list approved by the standing committee in the mainland.

Needless to say, this didn’t sit well with citizens.

Fast forward to today. The Umbrella Movement—a symbol of protesters’ non-violent reaction when confronted with pepper spray and tear gas—has transformed into a cry from tens of thousands marching through the streets of Hong Kong demanding sovereignty. And with Mainland China fed up with Hong Kong’s inability to quell this most recent pro-democracy movement, they are threatening to enact economic sanctions unless the protesters are stopped soon.

“We will fight until the end. We will never

Hong Kong has remained the world’s freest economy, governed under positive non-interventionism, and is highly dependent on international trade and finance. However, the citizens of Hong Kong only enjoy a “Partly Free” political system, as judged by the Freedom House index, with its citizens being scored a 5 out of 7 on the political rights index—putting it in the company of countries like Libya and Iraq.

China is an economic powerhouse, but its ridiculous levels of economic growth could be undermined by the political thin ice its economy was built upon. For the last two decades, economists have been touting China’s capacity to overtake the United States and the world economically. This may be true, but movements like the most recent are highlighting the fact that a state may not be able to enjoy indefinite economic without political capital growing with it. China just might be hitting this wall.

As with all global crises, risk assessment should be top of mind for supply chain managers. As one of the hub ports serving the South-East and East Asia region, Hong Kong is the economic gateway to mainland China. And just outside of Hong Kong is Shenzhen—the largest manufacturing base in the world. Within the city lies circuit-board manufacturers, injection-moulding companies, packagers, shippers, etc.

To help you guard against risk, we’ve turned to our own supply chain risk analysts and international business consultants. Be sure to take these necessary steps to arm your supply chain:

If you’re unsure about whether or not the system(s) you’re using can help you prepare for the worst, we recommend a video featuring James Rowan, COO of Dyson, explaining how the company harnesses the innate complexity of supply chains to get an advantage. You can view it by clicking here.