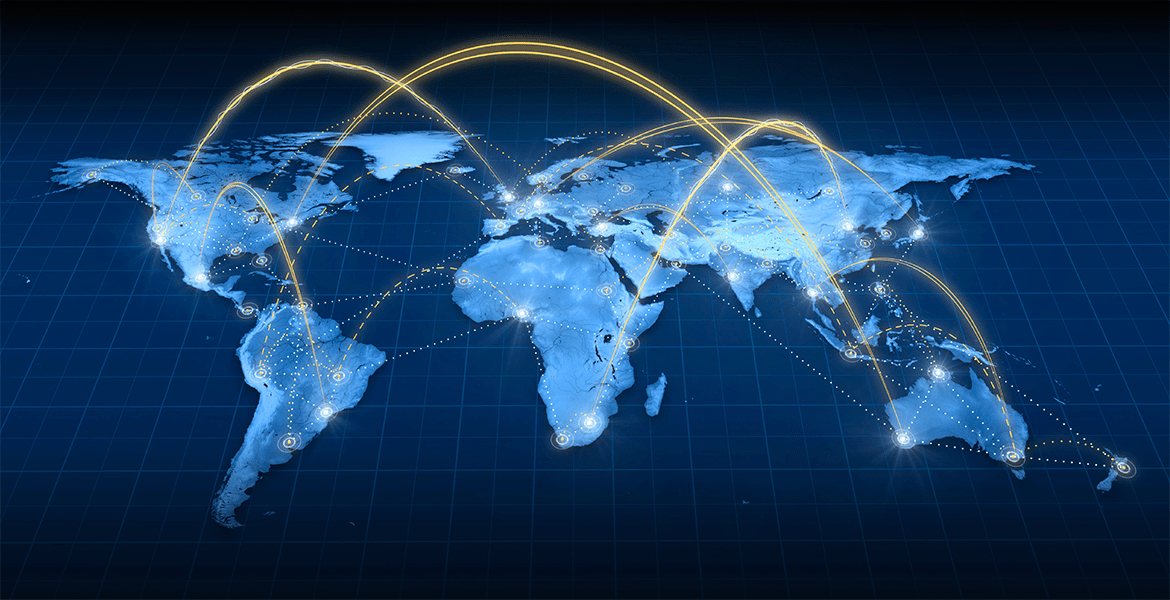 America First: How a New Slew of Trade Policies Will Impact Supply Chain

US manufacturing activity dropped slightly in March. According to a report by the Institute for Supply Management, factory owners are increasingly concerned about how new trade restrictions levied by the Trump Administration will affect them. Specifically, these new set of tariffs could mean raised operating costs, as well as retaliatory measures from other countries, which could shrink the markets for many goods. We’re taking a look at what the new tariffs mean for supply chain, and how businesses can protect their interests.

How the groundwork was laid for heightened trade tensions

The “Tariff wars” began in January when President Trump imposed duties of up to 50 percent on imported washing machines and 30 percent on solar panels. And these were just the first industries to be affected. In early March, the government introduced tariffs amounting to 25 percent on aluminum imports and 10 percent on steel imports, although exemptions were later given to a handful of countries.
China, producer of half the world’s steel supply, was levied with an additional tariff on over $60 billion worth of imports. Called “the first of many” trade actions against China, the taxes will target technology used in aerospace, computing, and communications, among other industries.

How will supply chains be impacted?

An increase in production costs is the most immediate concern whenever tariffs are raised. The import duties on aluminum and steel could affect many US stakeholders including automakers, aircraft manufacturers, food and beverage companies, and the construction sector. A 10 percent steel tariff could add as much as $348 million in production costs for American brewers, while Campbell’s Soup has said the measure could raise their packaging costs. And to take a long view of how these tariffs could ultimately change the business landscape: As the cost of doing business domestically rises, multinational companies may start moving their operations to China or Brazil, where raw materials and labor are cheaper.

Will the tariffs significantly increase prices on consumer goods? This might depend on how well businesses can pivot their supply chains to find alternatives as their familiar raw materials and components suppliers become more expensive. While they may not all be cheap, there are options for companies that want to weave domestic procurement into their supply chains. As manufacturers start building new supplier relationships, they should keep in mind a few steps to ensure that these relationships are both profitable and healthy. On the other hand, some manufacturers of consumer goods may opt to stay with international suppliers, taking on the added costs themselves in order to keep prices down and stay competitive.

The solar industry, which relies on imported parts for 80 percent of its supply, is more vulnerable. The solar panel tariffs may lead to 23,000 job losses this year in a sector that employs 260,000. They could also result in a decline in the deployment of new solar capacity by about 11 percent over the next five years.

Most concerning of all is the possibility that tariffs and counter-tariffs will continue to be imposed by more governments, making the global economy a more risky, and less predictable, place to do business. In response to the steel tariffs, China has already imposed import duties of up to 25 percent on $3 billion worth of US food products. This includes pork, for which China is the world’s biggest market. The amount of affected imports may be negligible on a global scale but it signals that Beijing is willing to respond more harshly if tariff legislation doesn’t abate. Soybeans and aircraft components, two of the US’s biggest exports, could be the next targets of China’s retaliatory tariffs.

Meanwhile, other countries could stand to gain in a trade conflict between two of the world’s biggest economies. India and Vietnam might snag bigger shares of apparel and electronics manufacturing as US companies look to restructure their supply chains. The EU, Brazil, and Canada could benefit from the US market loss in pork while Australia could corner the market on fruit, nuts, and wine.

How to avoid a supply chain emergency

To mitigate the impact of trade restrictions on their supply chains, companies must be able to identify and monitor their tier-one, tier-two, and tier-three suppliers so they’re more adept at anticipating disruptions and arranging for back-up supplies. It’s worthwhile to invest in technology to gather supply chain news and information, partner with other companies to share intelligence on potential supplier issues, and collaborate closely with logistics providers.

Diversifying sources of production is another key component in building supply chain resilience. Manufacturers should consider redesigning products in a way that eliminates dependence on a single supplier. If this is not yet possible, then building up an inventory of key components is a good short-term solution.

How exactly protectionist tariffs are going to affect economics and industry is still uncertain. The Trump Administration’s trade policies have already incited backlash and retaliatory measures by other nations, and forced several key industries to reassess their global supply chain strategies. One thing that’s certain is that companies must be adaptable, flexible, and collaborative in order to thrive.

Ebola Vaccination For Your Supply Chain

What happens when the world shutters its doors to a continent of resources?

In August, ArcelorMittal S.A.—the world's largest steel company—ceased production on an expansion to its iron ore site in Liberia. Flights in and out of Africa are being...

These are indeed strange times. Soap is our #1 superhero. We’ve grown weary of the word, unprecedented. Toilet paper has become the most famous supply chain shortage in our lifetime. And suddenly, ‘surge capacity’ and ‘localized supply chain’ are...