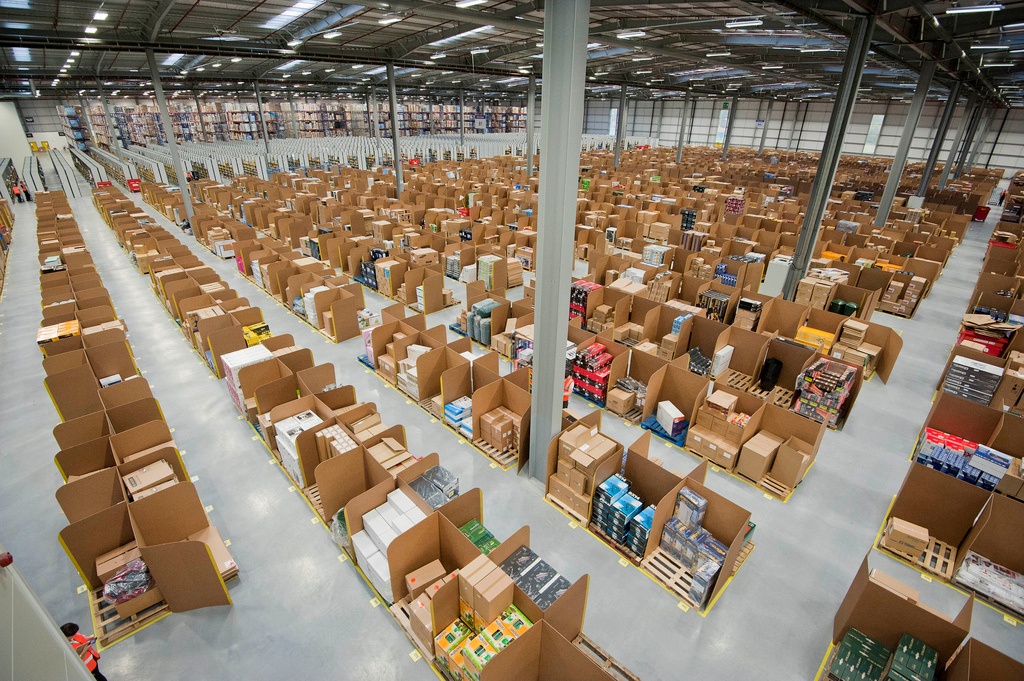 Amazon Continues to Take on Logistics

On August 5, 2016, e-commerce giant Amazon inaugurated its air transportation network, wherein the company entered into agreements to lease 40 Prime Air cargo planes to further expand its delivery capacity for its clients. Now, just less than a year after, Amazon made another major announcement, proving how dead serious it is to establish a giant logistics network, becoming a major threat even to giant logistics companies.

Amazon has recently revealed its plan to establish its own worldwide air cargo hub at the Cincinnati/Northern Kentucky airport. Right, the e-commerce giant is planning on investing an estimated US $1.5B for its new hub after receiving approval to lease 900 acres in total and is reportedly in line to get US $40M in tax incentives from the local government.

The 40 Prime Air cargo planes the company is currently leasing to transport packages between its own warehouses and facilities will be eventually operating at the new cargo hub, wherein more than 20,000 new jobs are also expected to be created, joining its already 10,000 Kentucky-based workforce.

Amazon’s Prime Air hub in Cincinnati will support its steadfast fleet of cargo planes by loading, unloading and sorting packages and will be the biggest fulfillment center in the world.

According to an an interview with Amazon Senior Vice President and Chief Financial Officer Brian Olsavsky, the company’s ultimate plan to centralize its air cargo hub is a base for future growth. He explained further why the company is investing in the new hub.

“What it does for us is it gives us a base for future growth. It's all about supplementing our existing capacity − both our partners and ourselves − and essentially building capacity that can handle our top line growth and also the growth in Amazon Fulfilled Network units which as I just mentioned is even higher than our paid unit growth,” Olsavsky said.

He also added that this strategy is also the same with some of the invested airplanes last year, their partnerships with companies that deliver their cargoes.

“This is about supplying the needs of our customers and our sellers. We value the partnership with the external providers as well and I think we're all dealing with the problem of having lots of incremental volume [growth] year over year.”

The company’s plan to inaugurate a new air hub is a major milestone in its supply chain ambitions.This move will eventually mean decreased costs for the company, faster delivery and lower prices for the clients as well. While Amazon still has a ways to go, their ambitions are steadfast.

Governor of Kentucky Matt Bavin said he’s excited for this venture and for a boost in the economy. “Amazon’s Prime Air hub promises to revolutionize the fulfillment industry worldwide, and Kentucky is excited to partner with them as they embark on this disruptive, transformative and exciting venture,” said Bevin.

“Kentucky’s ideal location, proven workforce and an already extensive shipping and logistics industry have been the backbone of our relationship with Amazon for nearly 20 years. This new project will pay dividends to both the company and our state, and we are truly grateful for the jobs and economic impact it will bring to the commonwealth.”

As more people turn to the Internet to purchase products, industries are feeling the pressure to improve efficiency while ensuring customer satisfaction.

Read more
How E-Commerce is Shaping the Logistics Industry

E-commerce is growing at an impressive rate. The total global business to customer e-commerce sales is anticipated to grow to US $2.3 trillion by 2017. In the United States, it’s expected to have an annual growth rate of 9.8% from 2013 and 2018....