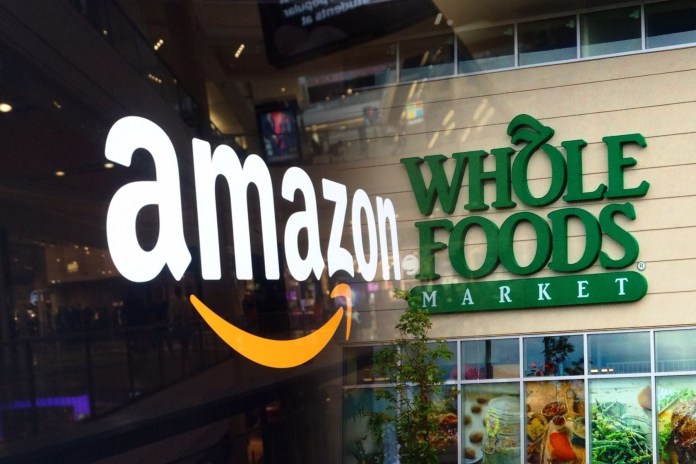 On June 15, Amazon.com shook up the grocery industry by announcing its plans to purchase Whole Foods Market for $13.7B. What does this powerhouse deal mean for the two companies—and more importantly, for traditional brick-and-mortar grocery chains?

As the ecommerce industry explodes, some experts predict that the boom signifies the death of retail as we know it.  According to Ken Morris, principal, and Perry Kramer, VP at Boston Retail Partners, "[Brick-and-mortar] isn't dead--it's evolving. Stores are no longer stores, they are distribution points for products.” As with evolution in the wild, many chains won’t survive. The ones that have a chance are adapting to a new way of looking at retail.

Amazon’s Role in the Grocery Industry

Amazon has focused on online shopping for the past few years, accumulating close to US $136B in 2016 sales and an active customer base of 310 million. The company has grown from offering just books and electronics to adding on-demand groceries through Amazon Prime Pantry, AmazonFresh, and the Amazon Dash Button, to name a few.

All these online grocery initiatives aim to simplify shopping but are still facing roadblocks. The biggest problem? Food spoilage. Excess bananas and moldy strawberries resulted in waste and disappointed customers. And Amazon learned that, despite the ease of online grocery shopping, people were still flocking to physical stores. The NDP Group highlights that there will continue to be at least 74% of the population who will prefer to shop at brick-and-mortar grocers compared to online shopping, because simply put, supermarket shoppers still want to see, touch and smell their purchases. In response, last December, the company also released plans for a physical store named Amazon Go, where shoppers only need to use an app to shop for fresh food without waiting in a checkout lane.

But if Amazon really wants to make a push for groceries, it has to look at existing players. And the company has good reason to seek a purchase: the grocery market is a lucrative one. Americans spend around 6% of their income on foodstuffs-around US $110/week, making grocery shopping a sound investment. Online shopping is also estimated to bring US $100B in sales by 2025, and if Amazon can shape how consumers buy their groceries online, then they will truly have gained control of a central industry.

Whole Foods operates more than 450 stores in the U.S., Canada, and UK with net sales amounting to US $15.7B in 2016. The company also unveiled 365 by Whole Foods Market back in 2015, which sells its high-quality products for lower prices. However, fierce competition and steep prices dinged Whole Foods' 2016 income statement: the company's operating expenses increased by 9.7% since 2014, while net income dropped by 12.4%.

The company plans to streamline its supply chain and reduce operating expenses. Amazon, a leader in low consumer prices, can make that goal a possibility due to its enormous online presence and sleek logistics. At a Whole Foods town hall meeting on June 15, CEO John Mackey gushed about how "utterly amazing" the partnership will be. Mackey pointed out several areas as to how Amazon can affect Whole Foods:

Sharper Focus on the Customer. “[Amazon] is more customer-centric than we are. They put the customer first in everything they do and think backwards," Mackey said. Experts believe that more customer-friendly initiatives, lower prices, and strengthened online grocery shopping will arise from the deal.

More Technology. According to Phil Lempert, Amazon only has about 100 distribution centers in the U.S., but it will bring the number up to 560 by the time it acquires Whole Foods. It will offer more convenience, value, and compelling products and services to customers. Additionally, Amazon Go’s setup of walking in, picking up what you need, and walking out all with the assistance of an app and sensors may be the future of Whole Foods’ stores. Consumers can also place online orders through an Alexa device, making shopping virtual and hassle-free.

No Worries About Quarterly Profits. Amazon is known for its willingness to lose money due to low prices and big investments, so long as it is vastly increasing the customer base. CEO Mackey expects Whole Foods to adopt the Amazon mantra focused on long-term growth and better customer experiences.

Amazon’s move into the grocery business is “a ‘win-win’ for both Amazon and Whole Foods,” says David Livingston of DJL Research. It will create an advanced distribution capability for Amazon and act as a way for Whole Foods to cut operating expenses, all while catering to more digital-savvy customers. Amazon has already revolutionized the way we shop for books. Can it do the same for our food?

Amazon Turns its Boxes into Minions

Amazon has partnered with Universal Entertainment and Illumination PIctures to bring you an advertising campaign the size of its subjects. Boxes shipped from select Amazon distribution centers this month will serve as mini-billboards for Minions,...