Alberto L. Sangiovanni-Vincentelli on What your Supply Chain is Missing | Elementum 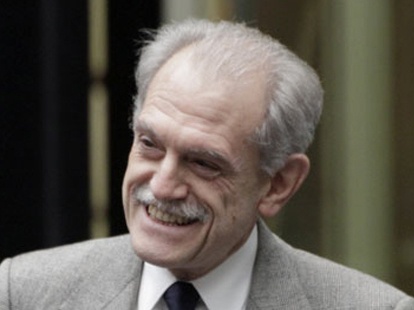 Alberto L. Sangiovanni-Vincentelli on What your Supply Chain is Missing

We’re so excited to announce that professor, entrepreneur, advisor, and businessman Alberto L. Sangiovanni-Vincentelli will be joining Elementum’s board of advisors this month.

This is a man who co-founded two successful EDA companies, occupies a chair at one of the country’s most rigorous Electrical Engineering and Computer Science departments, advises billion-dollar corporations, and holds multiple awards and titles. And you thought his name was a mouthful.

Alberto Sangiovanni-Vincentelli also has extensive experience working with supply chains, and he gave me his insights into what links all the most successful procurement teams: Supplier relationships.

I spoke to Alberto while he was visiting his home city of Milan, Italy. We started talking about his background, which focused on design technology. The two companies he cofounded, Cadence and Synopsys, develop EDA—or Electronic Design Automation—software. He currently works as a Professor of Electrical Engineering and Computer Sciences at the University of California, Berkeley, where he teaches system design.

I was curious as to what drew Sangiovanni-Vincentelli to the world of supply chain. “In addition to having co-founded these companies, I consulted for automotive companies like Mercedes, BMW, General Motors, and Magneti Marelli,” he said. It was with these auto companies that he began to focus on supply chains—through a design lens. He served on the advisory board at GM and ten years ago he noted that their suppliers didn’t seem to be working to their full potential. “So I looked into the supplier relationships, and found some interesting results,” he said.

“If you don’t have a good relationship with your suppliers, it doesn’t matter how strong your supply chain is.”

He quickly discovered that a healthy supply chain isn’t about cost cutting, but about optimizing product design and quality. Auto supply chains rely heavily on procurement, and he realized what was missing from many companies: Robust supplier relationships. Rather than just telling the supplier what they needed and to squeeze their profits constantly, companies should have been working with their chosen suppliers to develop innovative parts. Giving another company a share in what you make will inspire them to work harder. Once you become a supplier’s least lucrative customer, you’re going to run into trouble. “I’ve seen many companies misjudging the health of their supply chain. Some companies think they have a great relationship with their suppliers when it’s exactly the opposite,” Alberto said.

There’s a strong link between design and procurement. Alberto noticed that suppliers can play an intrinsic role in product design, leading to better quality products, optimization of costs and operations. Alberto recalled the dangers of assumption: “Some automotive companies thought they had a great relationship with their supply chain, but their suppliers didn’t think so. The way suppliers interact with companies has a profound effect on product quality.” He spoke about the importance of joint development: Many suppliers are hesitant to co-develop parts because they want to retain rights that OEMs would like to acquire and be free to shop for the best price rather than recognizing the work that led to the innovative part—“and so of course suppliers didn’t enjoy having a partnership with those OEMs.”

So, how can companies address the problem? By looking at their relationships with an open mind. Do recognize the value of the innovation brought to you by your suppliers and build a relationship based on mutual trust and respect.

As part of his scholarly research in design systems, Sangiovanni-Vincentelli has worked on the Internet of Things; he’s excited to see how IoT will affect the global supply chain. Particularly when it comes to shipping—he wants to be able to take the stress of constant human oversight away, and keep working to present not just data, but insights. He dreams of a world where the Internet of Things will not only notify supply chain managers when something is wrong, when a shipment is late—it will show them how to fix the problem, too.

That’s what Alberto joined Elementum to do: Work with us to develop technology that continues to give customers immediate, actionable insights.